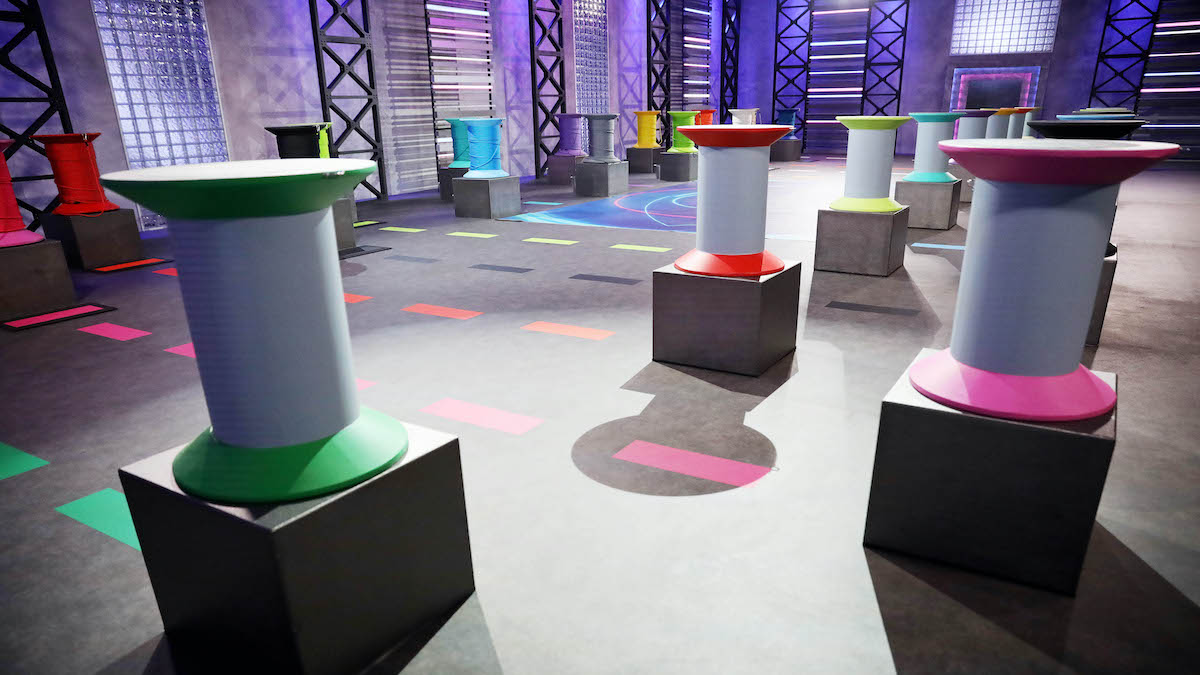 The latests episode of the recently revived Big Brother Australia, saw housemates battle to win a luxury shopping budget for the house. A suspended apparatus was assembled in the garden with balls being released at irregular intervals ever time a housemates name flashed on screen. Every ball that was then caught by said housemate gave the house an extra $10 toward their shopping. Housemates successfully caught 19 balls, and therefore won $190 towards their shopping.

It’s all fun an games until there’s an eviction on the line and before long it was time for the housemates to battle it out for the all important nomination power. In a Big Brother classic, Spooling Around saw housemates races to wrap 100m of rope around their bodies, before racing to the opposite end of the basement to re-spool their rope.

Ian won the challenge and was therefore given the power to nominate 3 housemates for eviction.

He chose to nominate Angela, Chad and Marisa who received 8, 4 and 2 votes respectively when it came to the house vote.

Meanin Angela was sent packing. But all was not as it seemed, shortly after discovering her fate – Angela was actually sent to Big Brother’s Secret Bunker. But what will she do their, when she wreaks revenge on the house?