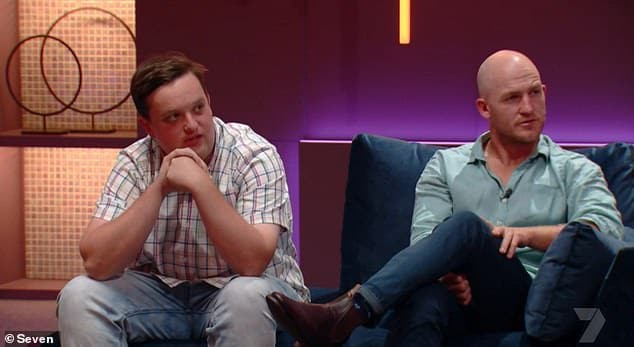 Big Brother Australia marched ever onwards to it’s imminent conclusion today, as another housemate got the boot, a move that might not be as permanent as you’d expect.

First up in the latest instalment, housemates took part in the Cash Grab challenge where housemates were blindfolded and took it in turns to enter Big Brother’s “Power Booth” where they attempted to catch either a pink or blue bill, earn them either reward or the power to punish, based on the outcome.

Today’s nomination challenge, saw housemates complete balancing on a board and holding a disc with a ball resting on it. With the hosuemate who lasted longest without losinfg their ball wining the power to nominate 2 housemates, Chad edged over Dan to secure the win. He subsequently nominated Kieran and Mat to face the house vote. Following the vote, Kieran was evicted by a vote of 3-0.

However, all is not lost – living up to his reputation as a cockroach in the game – Kieran still has a chance to win. Upon his eviction, he was placed in the White Room – but can he make it out to rejoining the game? He will be joined tomorrow by the next evictee and they will battle it out to re-enter the game and still be in with a chance of winning the $250,000.

Who will be joining Kieran in the white room? Tune in as Big Brother continues, Tuesday at 7.30pm on Seven.