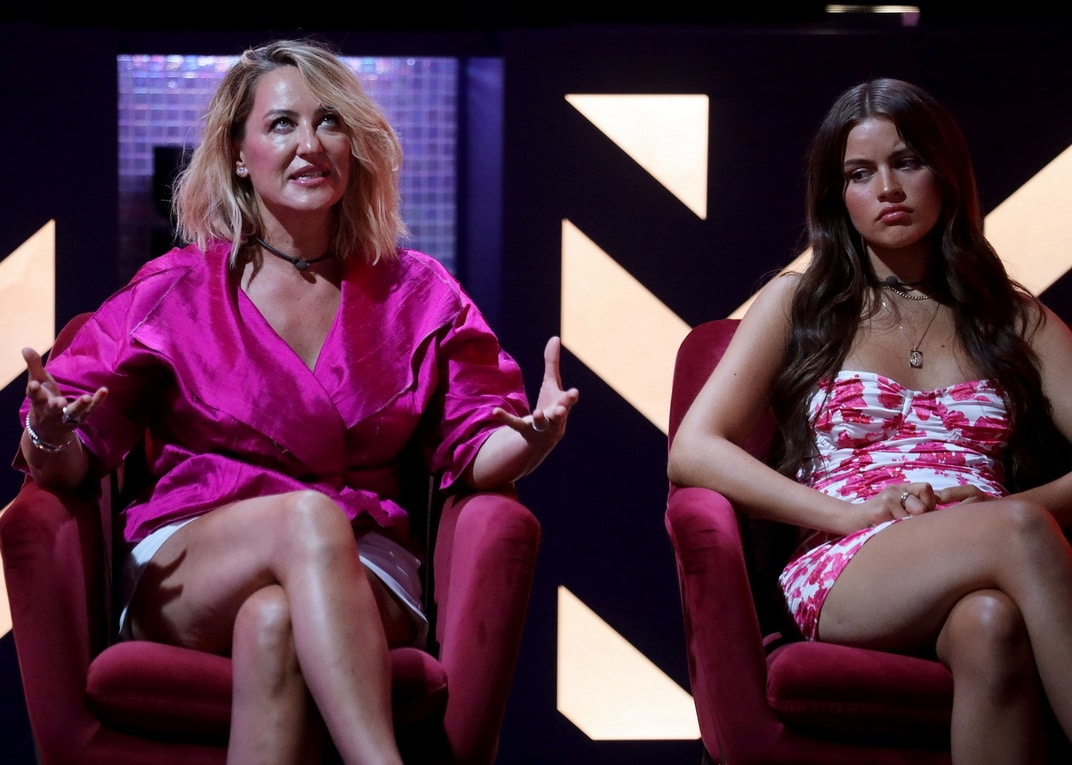 In the latest episode of Big Brother, Ari returned from the mirrored room a changed man, bringing a much needed boost to Christina and Adriana’s numbers.

Big Brother revealed his latest twist – a second chance at survival. The winner of the nomination challenge will have the power to nominate three people. The following day, those three housemates will face off in a showdown to save themselves from the firing line, leaving just two people to face eviction.

Knowing they were gunning for each other, Danny and Sid struck a deal to stay alive one more day.

When Danny won the challenge, he chose to nominate Adriana, Christina and SJ; keeping his boys Marley and Sid safe.

In the all-female second chance showdown, SJ dug deep and won her way to safety, leaving Adriana and Christina in the hot seat.

In the eviction ceremony, Christina turned things her way with a heartfelt pitch, leaving Adriana to make a stylish exit. Speaking following her eviction she said:

“I am sad that I’ve gone but I’m amazed that I made it this far. I’m so proud of myself. Coming in as an intruder wasn’t easy. Christina could definitely go all the way. I want to see her go all the way, I hope she does.”

Tune in on Tuesday 7.30pm on 7 to see paranoia setting in and emotions are high as the top six housemates fight for their lives in second chance week. Which major player’s journey will come to an end?

Stick with Big Blagger for the latest.

Followers: 11804
Big Blagger ·
@bigblagger
If true, I’m guessing this is @MayaJama out of the running as @bbuk host

#BBUK
View on Twitter
2
14
Big Blagger ·
@bigblagger
. @hellocharliehq were brought back in to design the title sequence for the final Big Brother to air on Channel 5

I must say, it's one of my favourites😍 ^C #BBUK #BB19 https://t.co/JXzV26YtRx
View on Twitter
0
32
Big Blagger ·
@bigblagger
The title sequence for #BB18 had a United Kingdom theme and featured many British inspired objects which also made up the eye of the series!