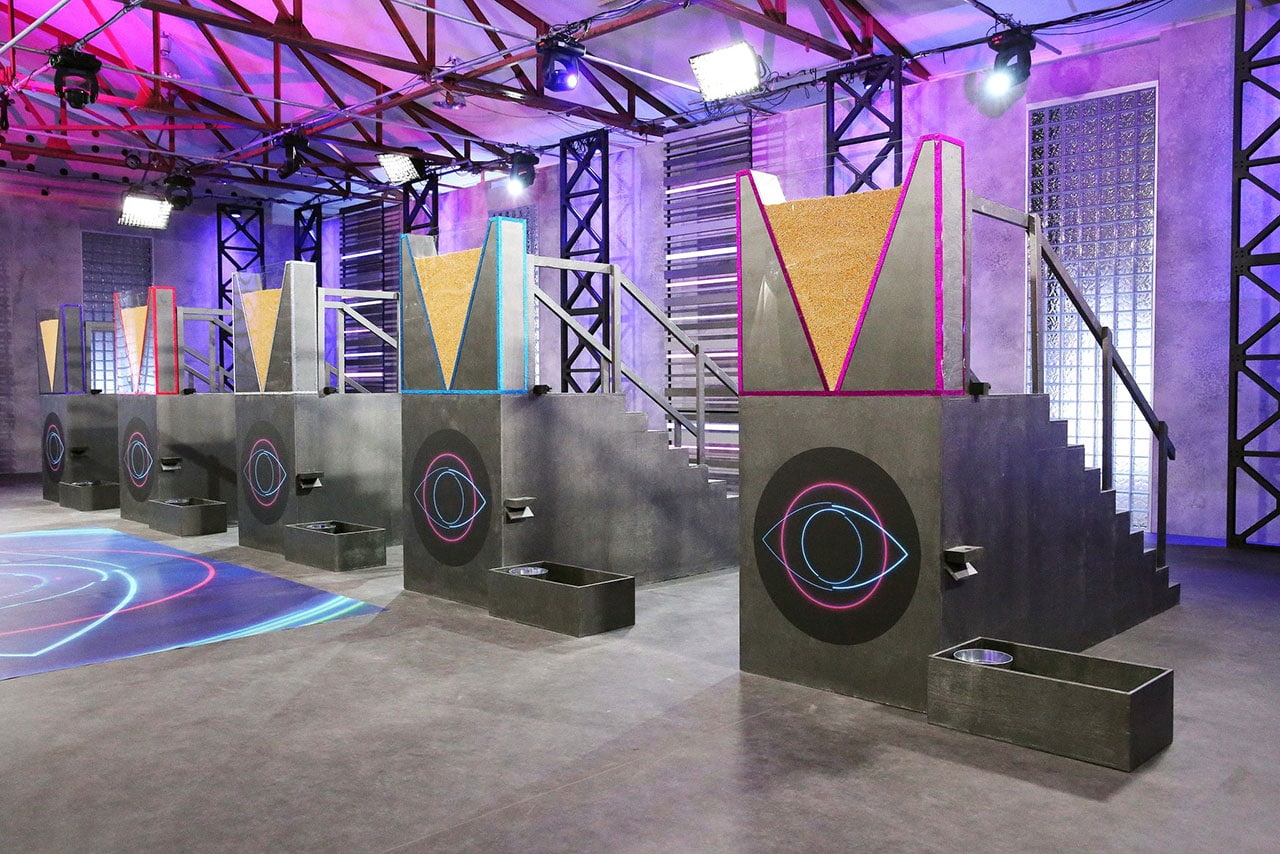 Just four housemates remain in the Big Brother Australia house as another is sent packing during the grand final week.

Tonight’s episode kicked off following Sophie’s return to the game after her stint in Big Brother’s ‘White Room’.

In the first challenge called ‘Sands of Time’ housemates had to remove a plug to release grain. They then had to collect the grain in a bucket and race to the top of the funnel and pour the grain back into the top.

For the second challenge, ‘Buried Alive’ housemates had to free themselves from a locked cage – which was fulling with water.

To escape, housemates had to open a total of 5 padlocks with a set of keys. The first housemate to open all 5 padlocks and free themselves would win the power to nominate a housemate. That housemate would then face eviction alongside Sarah.

Chad was the first housemate to open all locks and chose to nominate Mat as payback for him previously eviction Sophie.

At the eviction ceremony, with the deciding vote Dan chose to evict Sarah.

Big Brother Australia continues Tuesday at 7.30pm on Channel 7 where Sophie, Mat, Dan and Chad will battle for a place in the final 3.