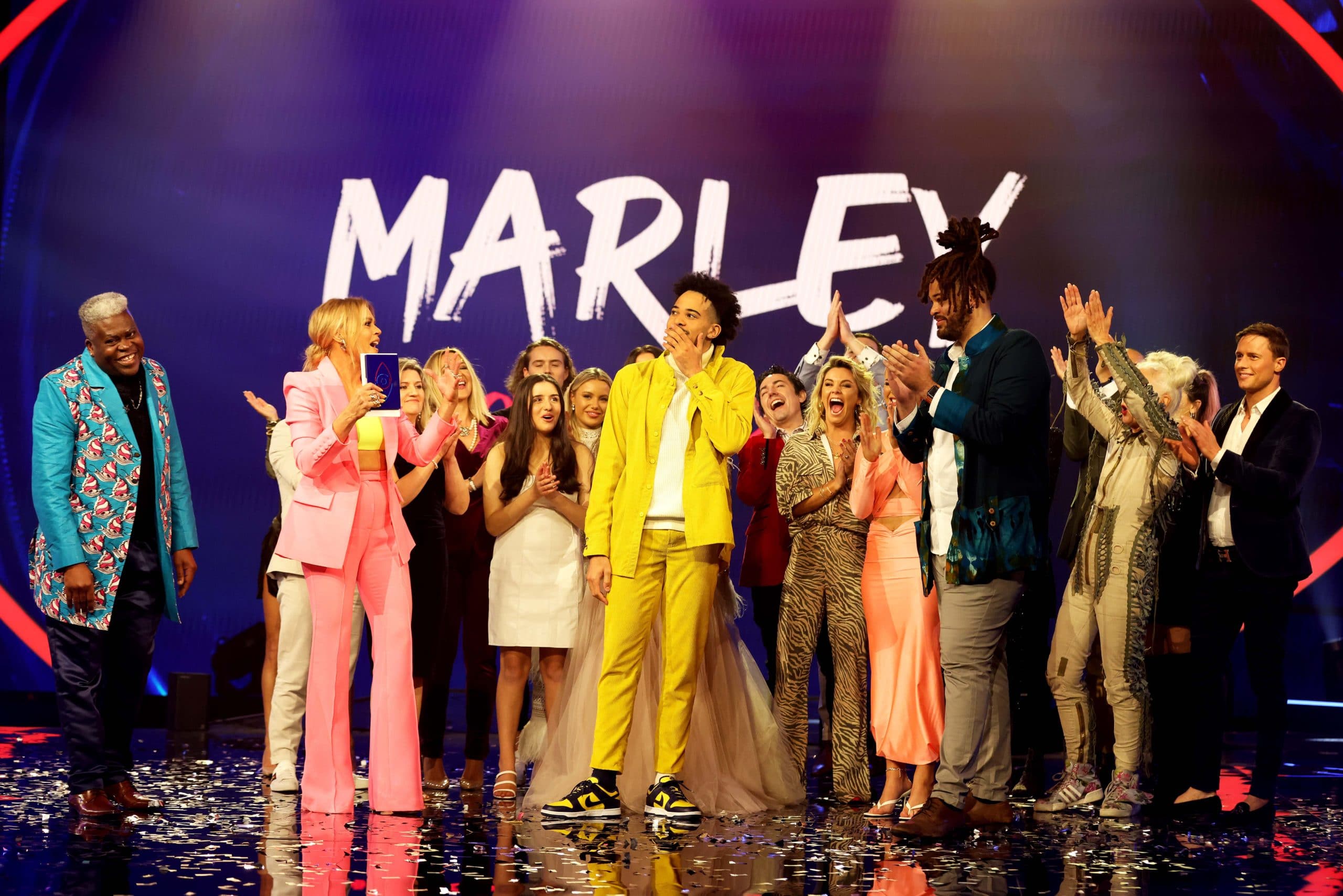 The 26-year-old from Melbourne, who prided himself on playing an honourable game, walks away with $250,000 and the ultimate reality television title.

After the announcement, an emotional Marley paid tribute to his late mother Victoria, who passed away from cancer four years ago:

“I wanted to play a truthful and honest game and show everyone in the outside world that doing these things can allow you to succeed in life. I’m so proud of the game I played, and I know my mum’s proud of it.”

Marley was joined onstage by his father Clotaire and brother Dieuson at tonight’s live Grand Final in Sydney, which was hosted by Sonia Kruger.

When asked what he’ll do with the prize money, Marley said:

“I’m going to take care of dad, whatever he needs, whatever he wants, and set him up for the rest of his life.”

Runners-up Christina and SJ were also joined by their loved ones at the live event, which saw this year’s 26 housemates reunited on stage, and virtually, for the first time since leaving the house, including fan favourites Tilly, Daniel, Mary, Nick, Mel, Carlos and final evictee Ari.

Throughout the season, Marley won three individual and four group challenges, scoring a bonus $10,000 cash prize when he took out the reward challenge in week eight.

He was nominated five times for eviction.

Big Brother will return to our screens for another season in 2022.

Think you’ve got what it takes to play Big Brother’s game? Apply now at www.bigbrothercasting.com.au