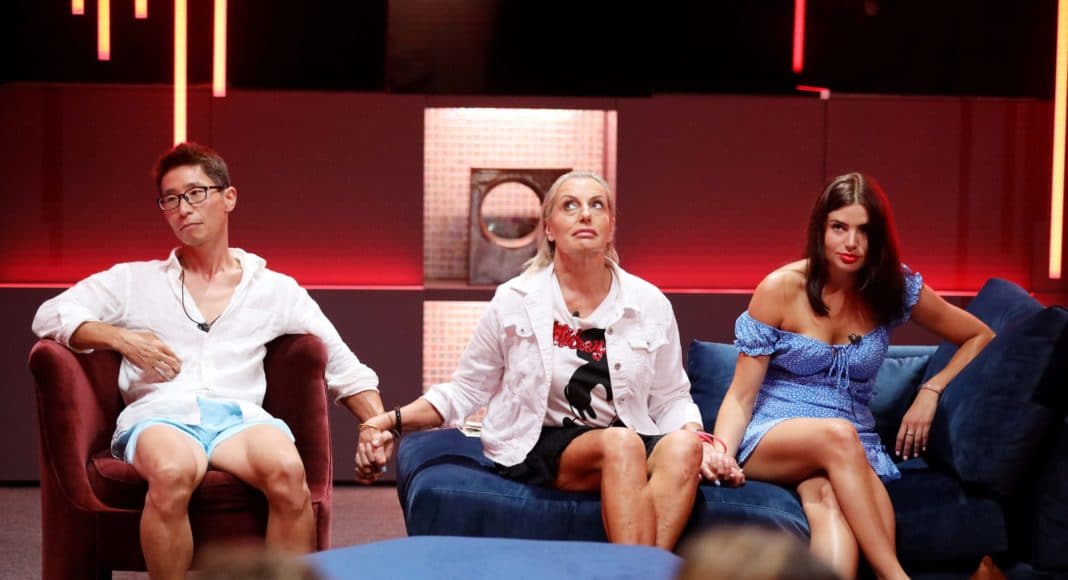 As the house awoke on day six, four new arrivals greeted them from a cage! Danni Keogh, a 34-year-old call centre worker; Hannah Campbell, a 26-year-old comms specialist and AFL player; Shane Vincent, a 39-year-old marriage celebrant; and Soobong Hwang, aka ‘S-bong’, a 48-year-old delivery driver – who arrived in a cage that was winched over the wall into the BB garden.

The nominations challenge saw the housemates paired up at random. They had to stand on different size podiums in an attempt to be standing the longest. Talia and Sarah were declared as the joint winners.

The pair nominated Hannah, Marissa and SooBong for eviction.

Later, during the eviction ceremony, SooBong received 12 votes to be evicted meaning that he was the third housemate to lose his place in the house.