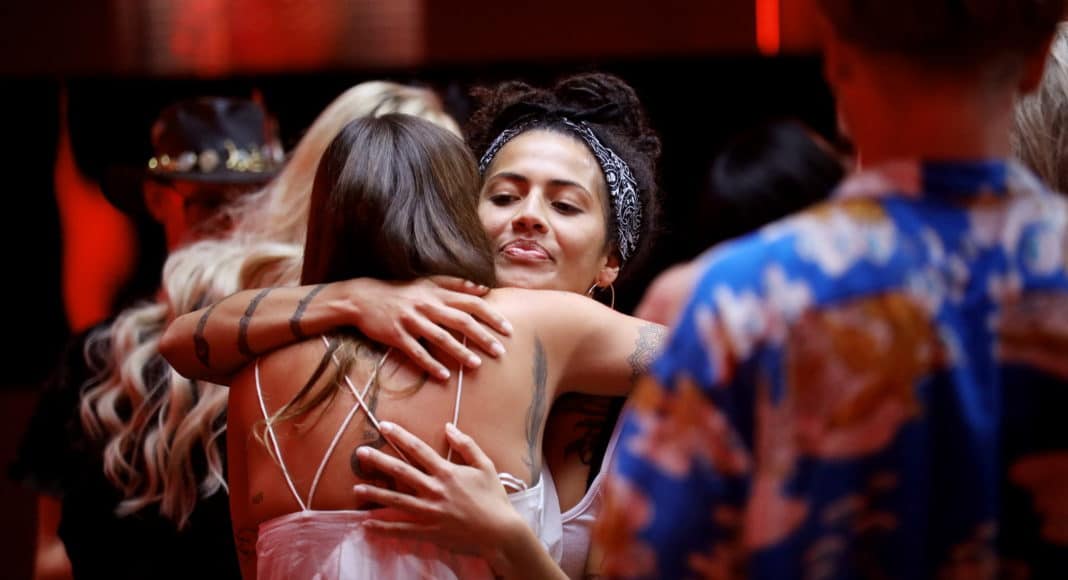 Laura has become the first housemate to be evicted from the Big Brother Australia house, during the shows premiere episode.

Kieran was the first person to enter the Big Brother Australia house. After entering, Big Brother called Kieran to the diary room where he gave out the first secret mission of the season.

Kieran ultimately passed the secret mission and access to the bedroom was granted.

The first nomination challenge of the season was called Swingers. Housemates needed to lay on a swinging board and swing using only the power of momentum to propel themselves backwards and forewords to place a ball on a shelf.

The first housemate to place 5 balls will win the challenge and the power to nominate.

Talia came out victorious and won the power to nominate three Housemates for eviction.

When called to the Diary Room by Big Brother, Talia decided to nominate Kieran, Laura and Zoe.

One by one, Big Brother called the housemates to the Diary Room to cast their votes to evict. The vote went as follows:

As Laura received the most votes, she became the first housemate to be evicted from the house.

“I’m very shocked. I did not see that coming. I honestly thought the way that Kieran was carrying on I didn’t have to fight. It would have been nice to stay longer but every moment I was being myself. I wasn’t here to fake anything. I like being first at everything so there you go, first evicted.”