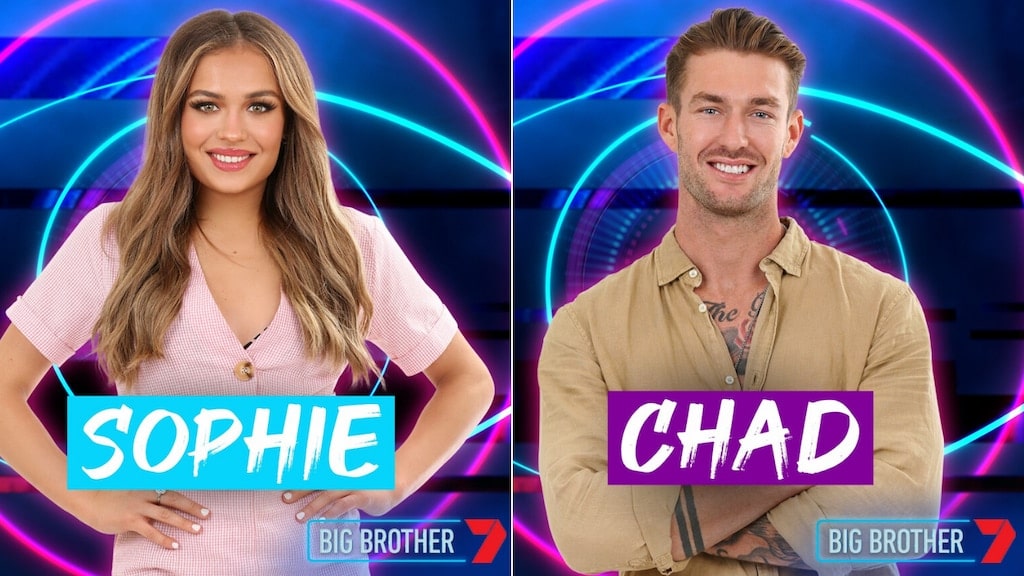 Chad is from Campbelltown, and spent 10 years in construction until a model scout walked past his job site and signed him up.

He’s since travelled the world and modelled for the likes of Vogue, GQ, Country Road, Superdry and David Jones.

Sophie is a 25-year-old champion gymnast, who is bound to surprise a few of her housemates with her athletic edge.

A Darwin local, Sophie started to train as a gymnast from a young age.

At 18, she had made the team for the 2012 London Olympics but just two months out from the Games, her dreams were shattered when a career-ending back injury forced her to retire from elite sport.

Big Brother is returning to screens following a 6 year hiatus, however the game has changed.

Firstly, the series has already been recorded – with housemates having nominated and evicted each other.

They have been competing for a $250,000 grand prize, however the winner is yet to be decided by Australia in a live final.