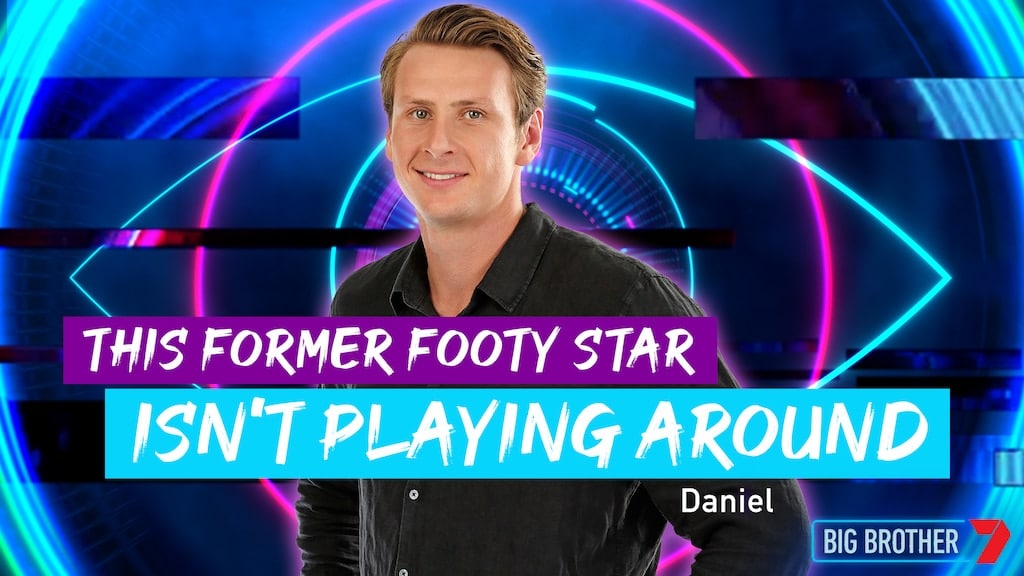 Big Brother has officially revealed the second housemate who is competing in the upcoming 12th season of Big Brother Australia.

When admitting that his football career didn’t end that well, he admitted “The thing about footy is you gotta be able to get the ball and I just couldn’t get the ball, so I got sacked”

Daniel is one of 20 housemates competing in the revived series.

He believes that he can beat the 19 other housemates and take home the $250,000 grand prize “I didn’t really believe I could play footy but for some weird reason I believe I can win this,” he said.

Daniel is one of 20 housemates competing in the revived series. The first housemate to be revealed was 30 year old Mat from Broken Hill, NSW.

For the first time in the history of Big Brother Australia, it won’t be the public who decides who goes each week. Instead of the public deciding, housemates will evict each other after taking part in ‘Nomination Challenges’

Although the series has already been recorded, Australia will still decide the winner.

Big Brother kicks off on Channel7 in June.