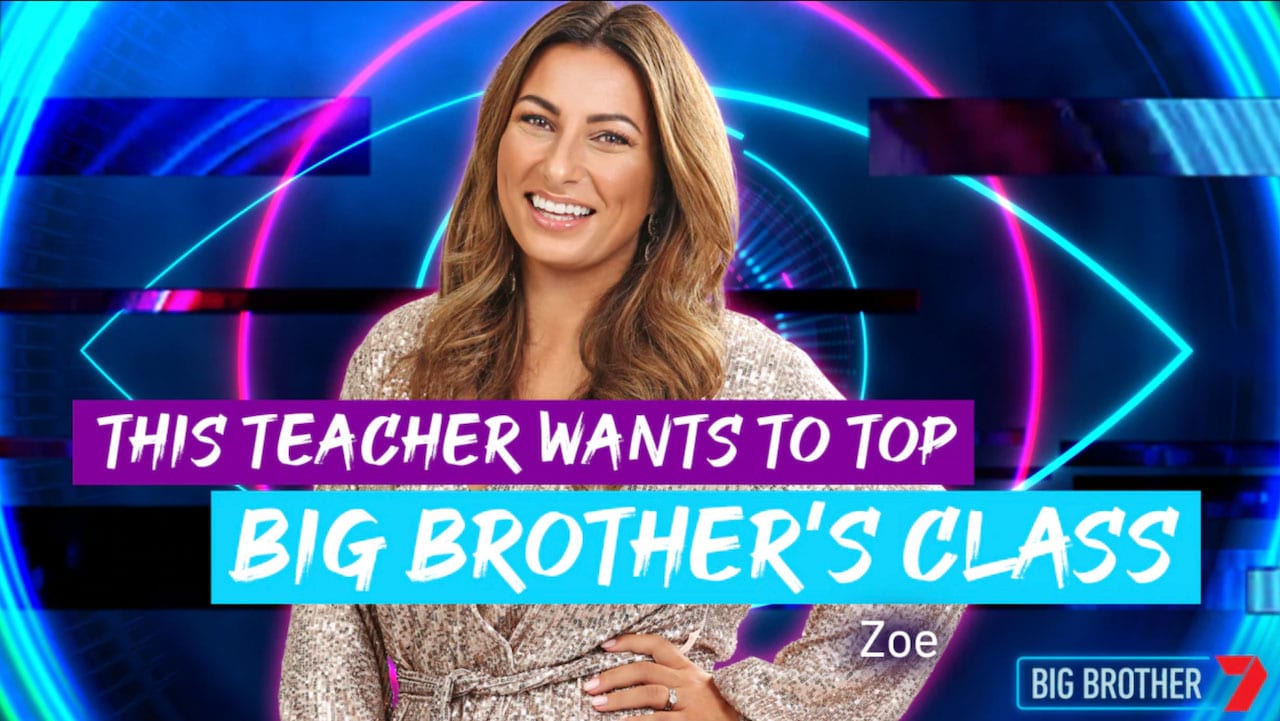 This teacher and mum is used to taking charge, but she’s going to be playing by Big Brother’s rules in the House.

Subtle as a brick to the face, the 39-year-old loves nothing more than chatting about all those taboo subjects that come with being a wife and mother of two kids under six.

Zoe is determined to show Australia that a regular mum can be fun too – that includes playing plenty of tricks on her housemates.