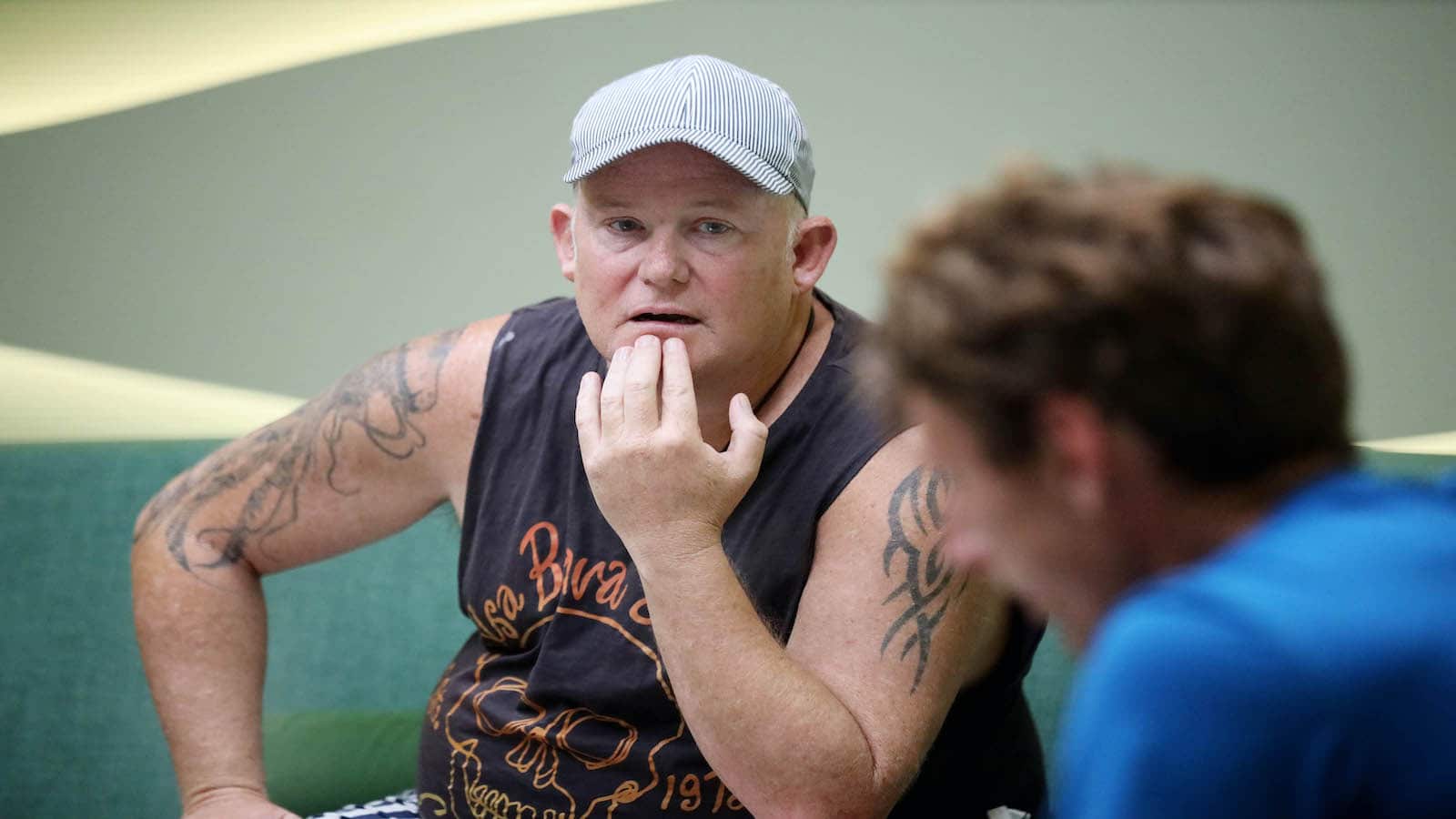 The latest instalment of Big Brother showed no signs of slowing down as another housemates was sent packing.

But before we get to that, Big Brother decided to come clean about his mysterious bunker. He told the housemates that there was another room which they hadn’t discovered that had been under their noses since they set foot in the house. He then went on to reveal that said room had been inhabited for the last few days by none other than former, or so they thought, houseguest Angela. Angela then made her triumphant return to the house – although not everyone was happy to see her, were they Daniel?

Before long it was time for the housemates to compete once more for the nomination power. Today’s challenge involved stacking blocks vertically in top of each other, before using a ribbon to pull the stacked blocks over a coloured line at the end of a long platform. Sounds easy right? The housemates soon found out it was anything but. Every time the blocks tumbled, it was back to the start for the housemate. After much restacking, Zoe emerged as the winner, earning the power to nominate for a second day running, whilst painting a massive target on her back at the same time.

Following a plan formulated by Daniel, she proceeded to nominate Shane and Daniel as pawns, and Garth as the target, a rather risky strategy. Luckily for her, the housemates are morons and Garth was sent packing after receiving 12 votes from his fellow housemates.

“Tensions are high in the Big Brother house. I was this over the top, force to be reckoned with and I think a lot of people were really, really threatened by it. Angela and I had a little pact after meeting each other in the secret bunker. She said she was going to support me.

Who will be following him out the door next? Big Brother continues Tuesday at 7.30pm on Channel 7.