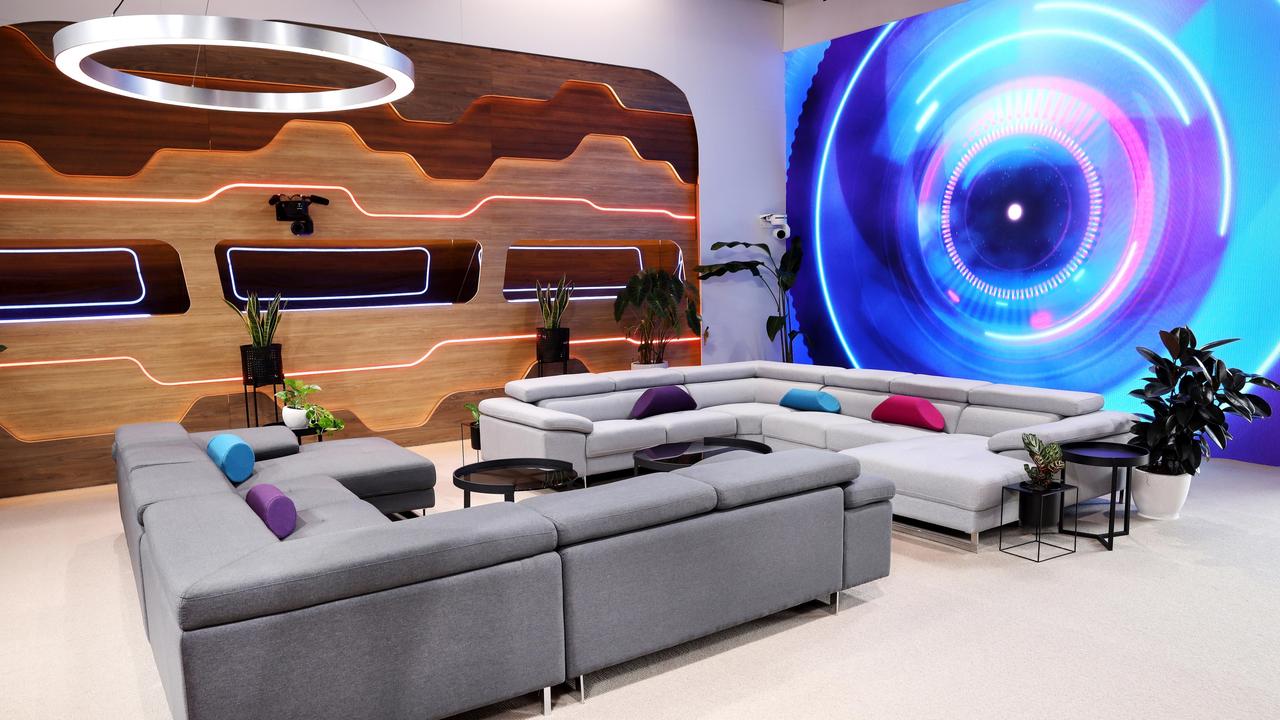 Big Brother returns to Australia on Monday, and Channel 7 have now given a first look at the brand new house that the housemates will be living in.

A giant screen is a porthole into Big Brother’s mind and can also offer housemates a sneak peek into what he has in store for them next.

When housemates want to take a break from the house or to secretly strategise then this is the room to go!

Housemates are only provided basic rations including plain flour, milk, eggs, oats, olive oil,butter, tinned tuna, potatoes and yoghurt, equating to a value of around $8 and 1300 calories per person, per day. Housemates must successfully complete House Tasks set for them by Big Brother to earn more money for ‘luxury’ grocery items, alcohol and food rewards.

Complete with pool and outdoor furniture, the backyard is the perfect place to relax.

The garden will also host. the occasional task or nomination challenge.

Housemates only get 60mins worth of hot water every 24 hours that they must share between them. There are no hairdryers allowed but hair straighteners and electric shavers are permitted.

Housemates will not be permitted to sleep during the day, with Big Brother controlling the lights.

The Diary Room is accessed via a neon lit corridor.

Housemates will be evicted from here and host Sonia Kruger will question their motives and strategies.

Most of the Nomination Challenges will take place in the Basement.

On the criticism over the show being pre-recorded, Sonia said:

“One of the criticisms of the new style of the show is it’s not going to be live and therefore that’s a problem, but in reality I might have topped and tailed the show in a live sense (on Nine) but the episodes people watched were (based on footage) recorded the day before. The producers had 24 hours to put the episode together and there were limitations … with this new reincarnation they’ve been able to finesse every episode,”

“There’s an epic nomination challenge and an eviction in the first episode. It’s a world-first, and I’m confident if it’s a hit here in Australia then it will be adopted globally.”

“The nomination challenges are a bit of a double-edged sword,” she says.