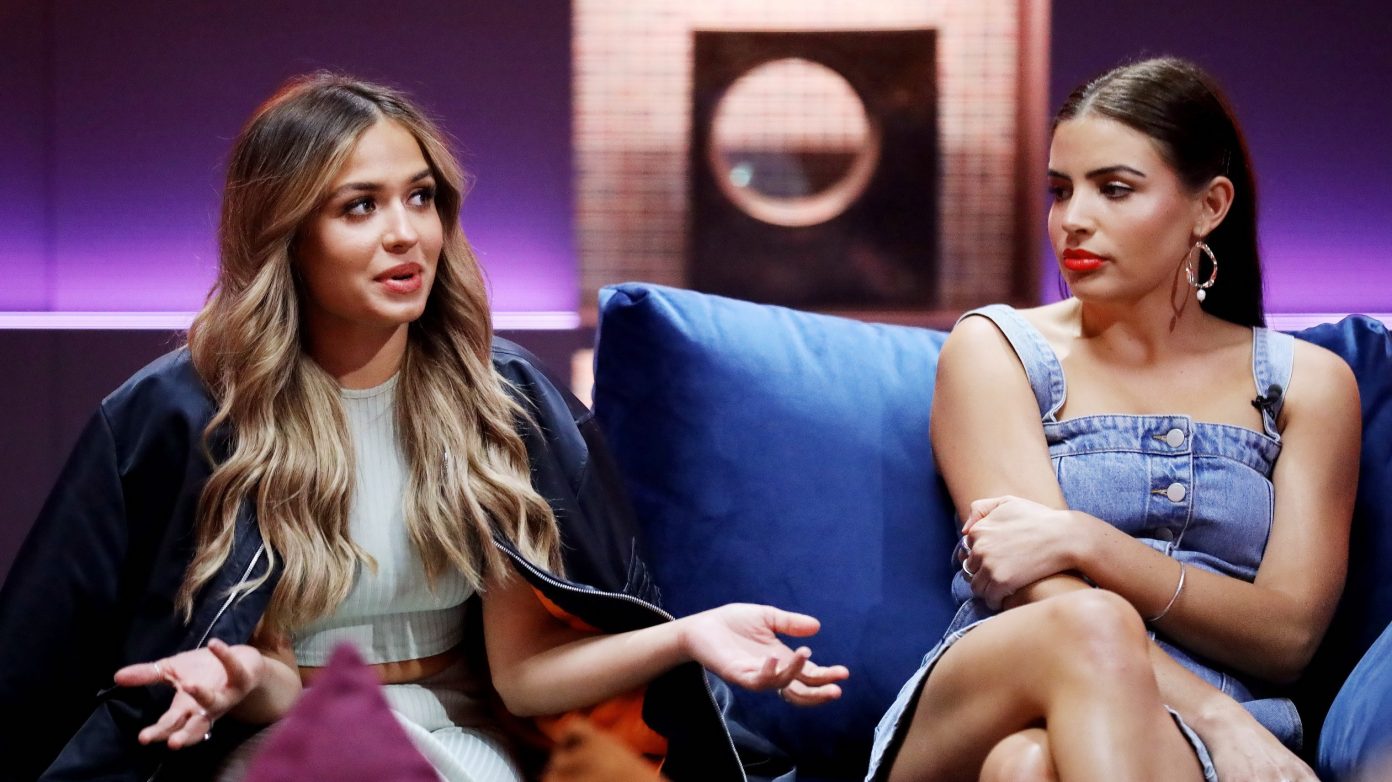 It’s another day, and that can only mean another eviction. The latest episode of Big Brother saw us say goodbye to yet another housemate as the numbers continue to decrease faster than you can say their names!

And what better way to start the episode that breaking the no.1 rule of Big Brother, no outside contact, as Dan received a surprise visit from his girlfriend.

Also this episode saw housemate compete once more to earn a luxury shopping budget for the house. In Ticking Time Bomb, housemates had to complete a series of tasks in the Diary Room within an allocated 20 minutes. They succeeded and won $250 to spend on shopping alongside a Mexican feast for the house.

It was then on the nomination challenge, where housemates competed in pairs racing to assemble a line of dominoes along a winding track.

The first pair to complete a successful domino run won the power to nominate two housemates for eviction, in place of the normal 3 now that numbers are starting to dwindle.

Daniel and Xavier won the challenge, choosing to nominate Hannah and Sarah, with their sights firmly set on Hannah, knowing Chad would never vote to evict Sarah and therefore swinging the votes in their favour.

It almost looks like Casey could be a spanner in the works, with the boys pressuring her to vote for Hannah, whilst she is reluctant to betray her friend.

But, in the end she cracked and Hannah was evicted by a vote of 5-1.

Who will be next as we edge ever closer to the final where Australia will crown it’s winner? Tune in Sunday at 7pm on Channel 7 as Big Brother continues.