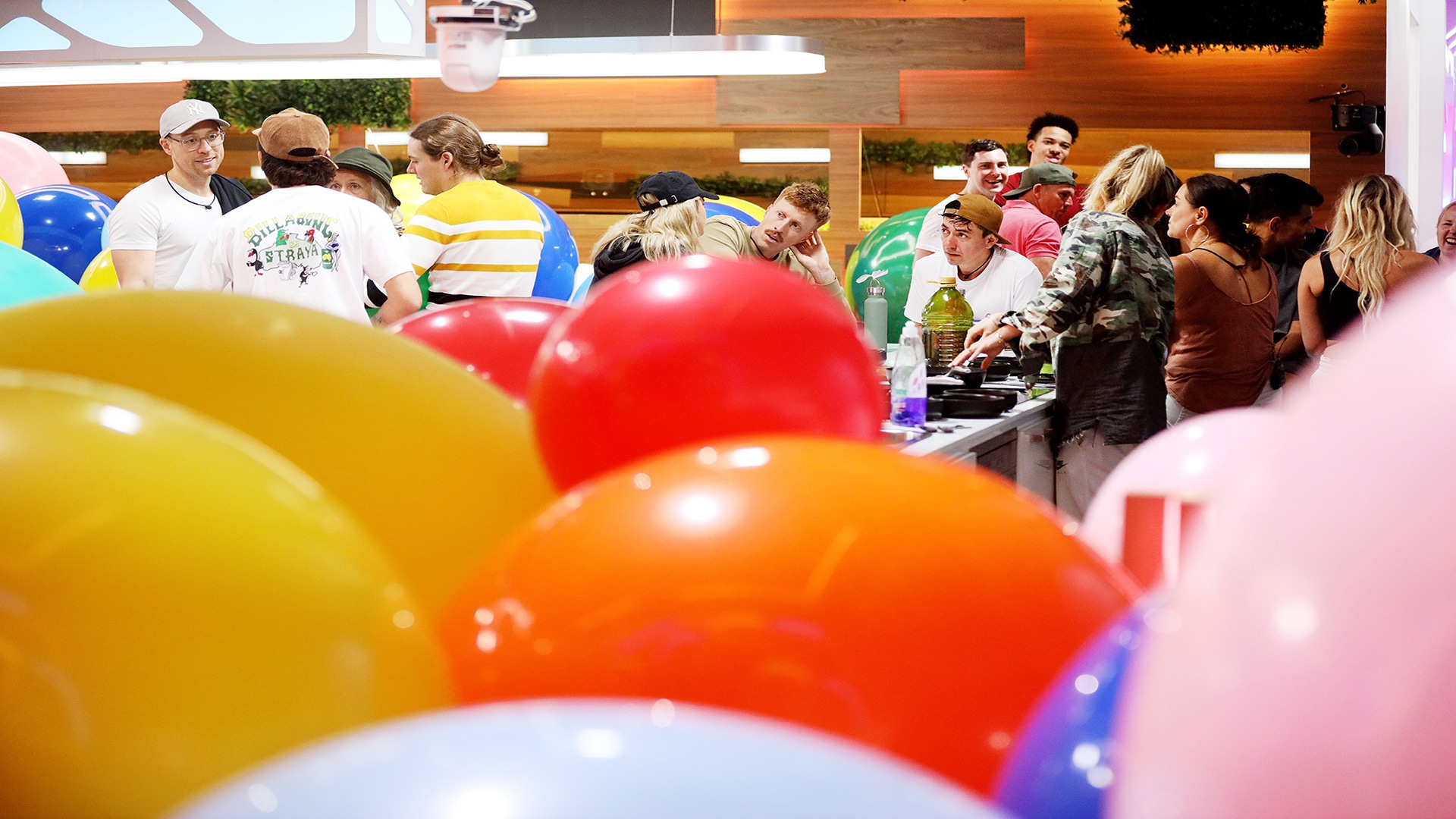 Things are hotting up in the Big Brother house, and another episode means yet another eviction.

Tonight on Big Brother, with eight new housemates to contend with, King Daniel lost his roar.

Housemates old and new got to know each other (and “Do the Marley”) thanks to Big Brother’s cinema night and slideshow reward.

Meanwhile AFLW player Jess got some heart-breaking news from home about her beloved nanna.

In the nomination challenge it was make or break for original housemate Mel and the new contender Jess, who despite her challenging news from home, hung in for the win.  Jess nominated three of the original housemates – Mel, Renata and “safe vote” Sid.

In the end, hothead Renata’s feistiness sealed her fate, leaving Daniel and most of the OGs more vulnerable than ever.

“From day one when I won a challenge I had a target on my back,” said Renata. “In the house there’s more sheep than people having their own opinions. I want Daniel and Nicholas to win. The rest are sheep, they don’t deserve it. If one of those sheep win, I will move countries, that’s a promise.”

Coming up next, it’s Surprise Week in the Big Brother house – but they‘re not necessarily all good ones – there’s one shock coming that will shake up the entire house.

Catch the next episode on 7, this Sunday at 7pm and stick with Big Blagger for the latest.