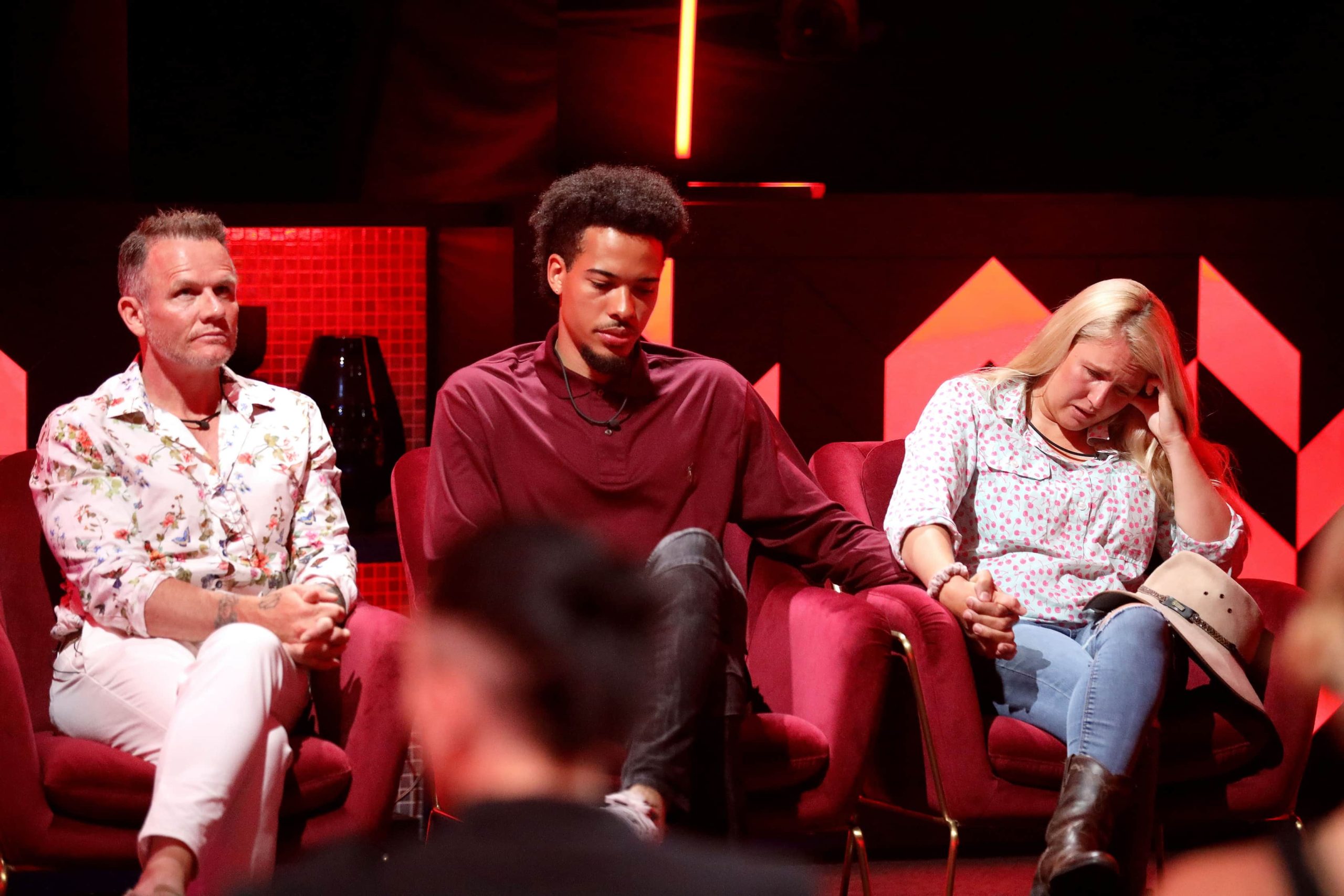 Hot on the heals from Nick’s shock eviction last night, on tonight’s Big Brother Daniel returned to the house from isolation.

Upon his return he learned that his bestie and partner in crime Nick had been ousted in a landslide, with rival Katie to blame and ally Mel had played a part.

Daniel decided to keep things nice with Queen Katie in order to keep himself safe by turning on the charm in a stretch limo party, while secretly plotting to take her down.

Meanwhile, Big Brother’s panic room was unveiled, which drove Tilly and SJ up the wall!

Following his victory, Big Brother called Ari to the Diary Room where he nominated Daniel, Marley and Mel for eviction.

Jess and Katie rallied to save their frenemy Daniel alongside Marley which meant sheep farmer Mel was forced to say her goodbyes.

“I thought farm life was hard but this Big Brother house was pretty crazy,” said Mel. “I’m pretty lucky to get this far. I thought I was a goner from the day I walked in there. I literally fought to the end. You can’t say I didn’t get it 110%. I’m proud, I hope my family are proud, I hope Australia is proud. I don’t think Daniel can play the low-key game he says he can. They’re fools for believing him. He plays way harder than me so that’s going to create a bit of trouble in the house. I think the three that think they’re safe – Jess, Katie and Marley – have a big battle on their hands coming up.”

Wednesday 7.30pm Daniel has Marley, Jess and Katie under his spell. Little do they know he’s preparing to strike. Could the next nomination challenge be the kiss of death for Katie?