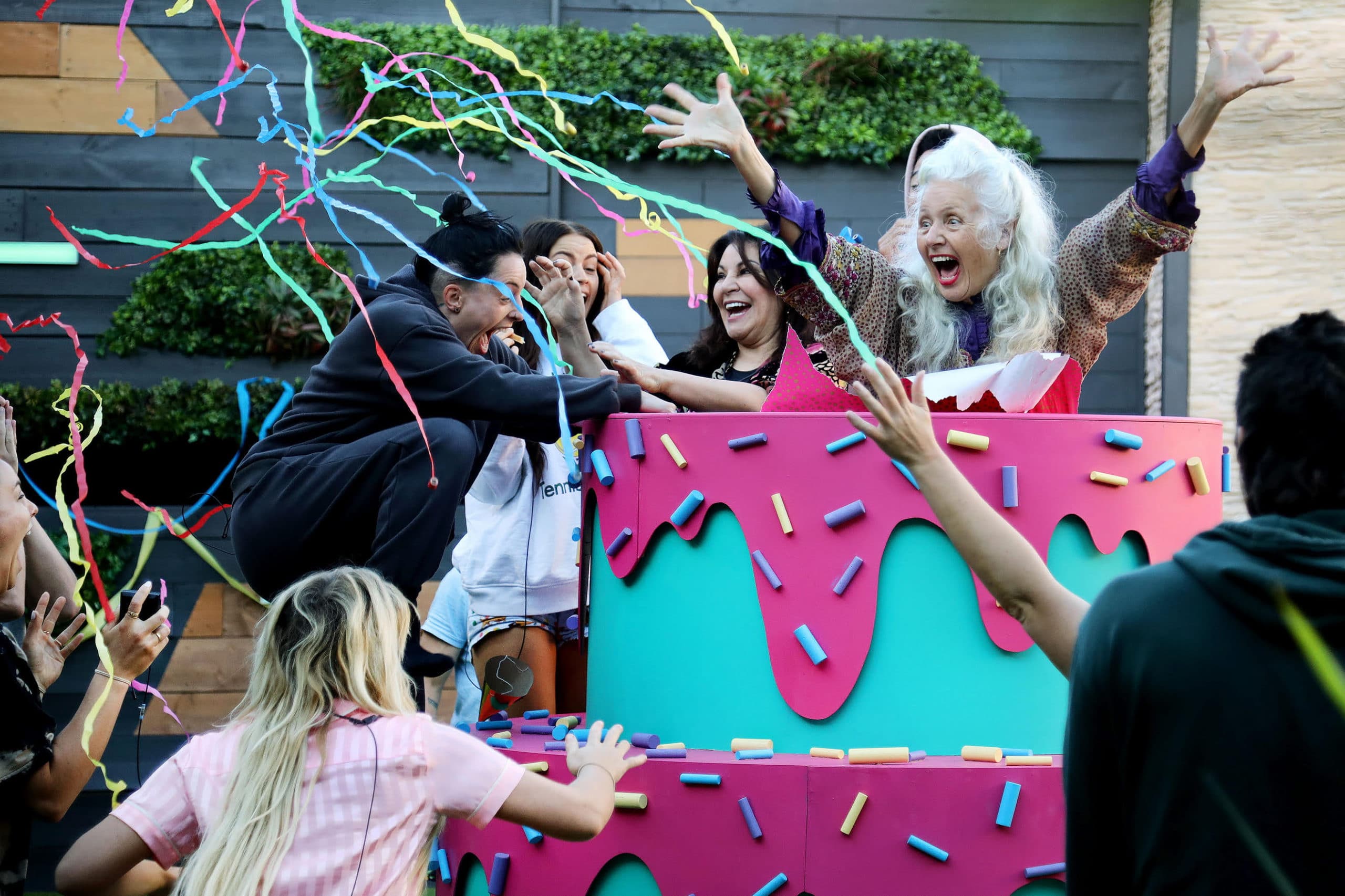 The latest instalment of Big Brother saw Sarah Jane and Mary hiding out in the secret attic, gleefully eavesdropping on their rivals.

In the house, Daniel’s army set their eyes on the floaters while Ari shared his own game plan with Big Brother.

The nomination challenge came down to Katie vs Tilly, with Tilly proving her strength yet again, winning for a second time

She nominated safe vote Charlotte and floater Carlos for eviction alongside primary target Jess from the opposing alliance.

But SJ and Mary had a plan of their own, which they relayed to Katie and Sid via a secret hatch in the diary room.

A spectacular blindside at the eviction ceremony turned the house on its head and a surprised Carlos was sent packing:

“I was thinking I was safe with Danny but you are never safe in that house. Anything can happen any time. Big Brother is crazy.”

The biggest shock of all was still to come when Big Brother served up his final surprise and SJ and Mary jumped out of a cake, eliciting a begrudging “awesome” from Daniel.

Tune in on Sunday at 7.00pm to see housemates tackle the burning question, “to push, or not to push?” when Big Red Button week begins. With everyone on edge, can Daniel and Nick hustle their way back to the top?