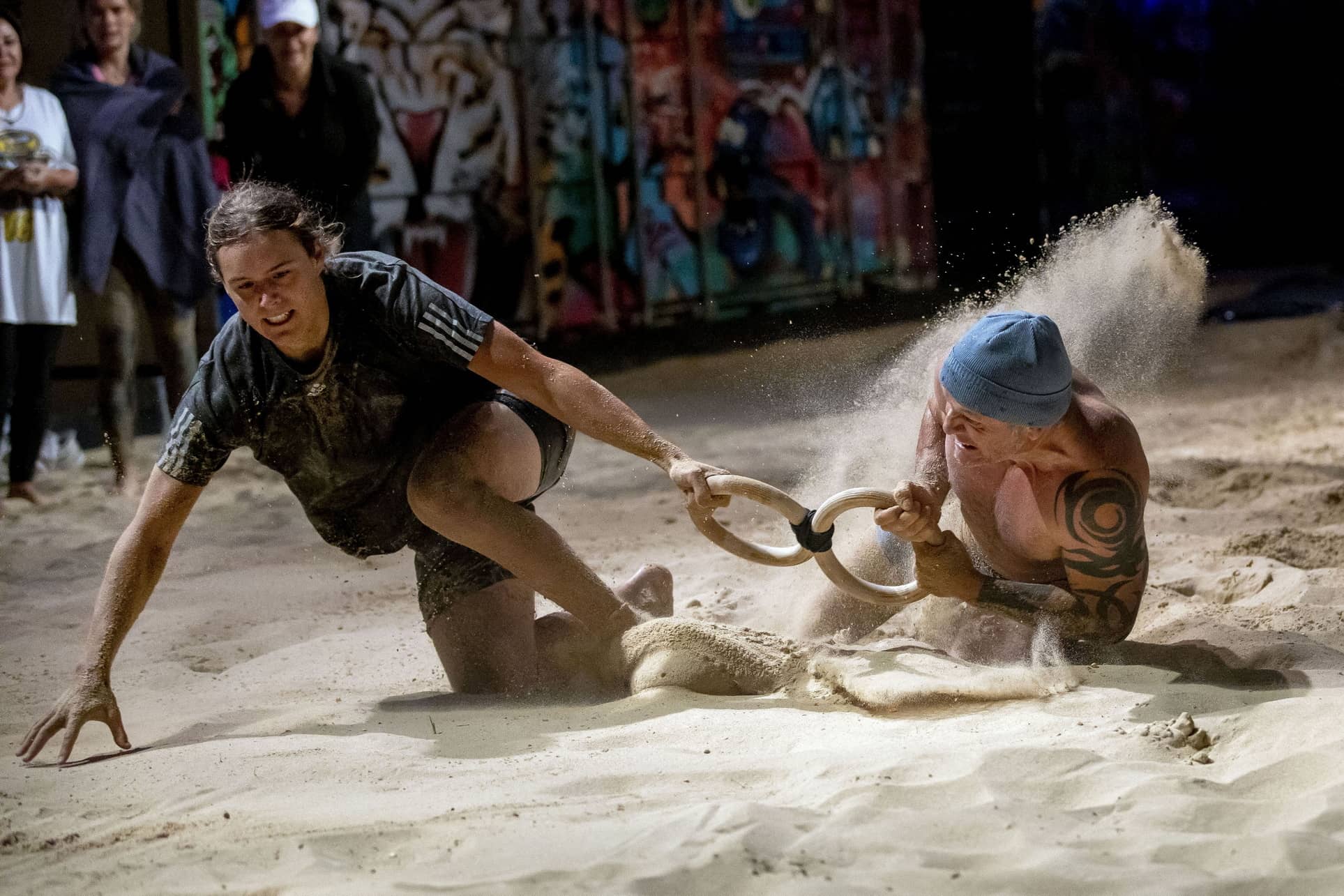 Tonight on Big Brother, Hell Week took off like a rocket as Big Brother put the housemates through his very own day-long boot camp.

As Christina and Brenton rekindled their romance, Jess and Danny were back at war, gunning for each other.

A devilish Big Brother woke the housemates at 2.00am for a surprise nomination challenge, splitting them into two teams for the ultimate slip and slide battle.

Danny and Jess ended up as teammates and when the other team won they were both in danger of being nominated, but it was SJ and lovebirds Christina and Brenton who found themselves back in the eviction firing line.

Danny rallied hard for his allies Christina and Brenton but was torn when SJ made a heartfelt plea at the eviction ceremony.

In the final count, Brenton was evicted and the lovers said their final goodbyes.

“This is the definition of hell week,” said Brenton. “Leaving after two weeks was not part of my plan. Being an intruder was really hard. Coming into these deep-seated relationships and tyring to crack them was difficult. Also being a physical threat didn’t help my chances in the eviction room today. It is hard to leave Christina behind because we had grown close to each other but I’m looking forward to catching her on the outside whenever the time comes.”

Tuesday 7.30pm Big Brother adds fuel to the fire of Hell Week with a spectacular twist which sees a major player leave the game for good.