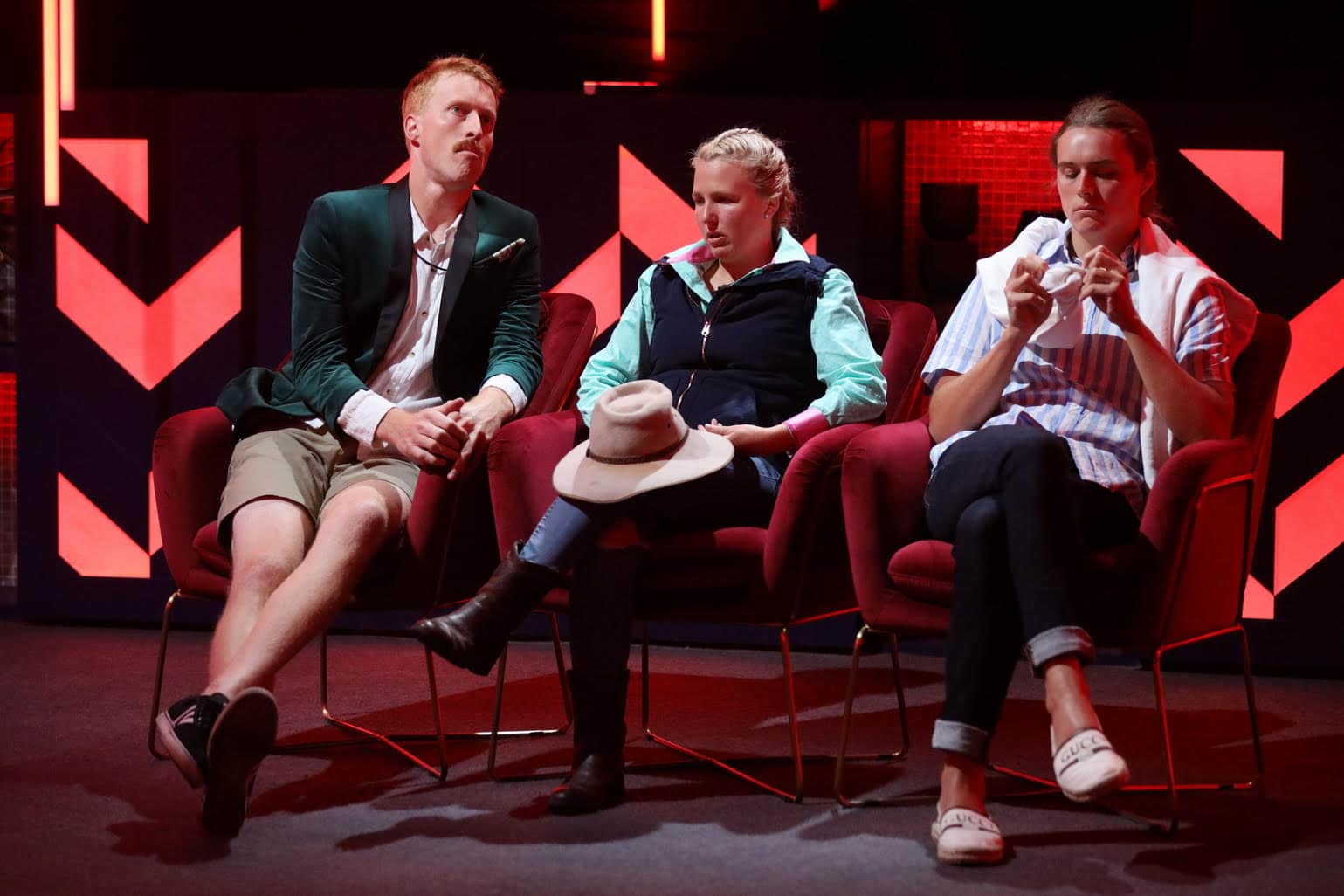 The latest instalment of Big Brother saw the Big Red Button bring fun, surprises and even letters from home – which had all the housemates in tears after three weeks away.

Danny, Nick and Mel struck a deal with Katie and Jess to keep themselves safe. Little did they know, the girls were secretly plotting to blindside their rivals.

A high temperature sent Danny into isolation, preventing him from participating in the day’s game or being up for nomination.

Katie finally got a win in the challenge, allowing her to follow through with the plan to betray Danny and nominate his allies Mel and Nick, alongside safe vote Ari.

At the eviction ceremony, Mel played her own game, reluctantly voting for buddy Nick to save herself.

Upon his eviction Nick said:

“Katie played me well, you have to take your hat off to her. Maybe I was seen as a threat because I didn’t bow down to their alliance whereas Mel was pretty keen to do that. Danny will see what happened and try and throw hand grenades. I hope one comes off. If he could take Katie down it would be pretty sweet.”

Tune in tomorrow at 7.30pm as Danny returns from isolation to discover his best friend’s been evicted and Mel has played a part, the new panic room is enough to do anyone’s head in and Big Brother offers an advantage so big it will push everyone to their limits in their desperation to win.