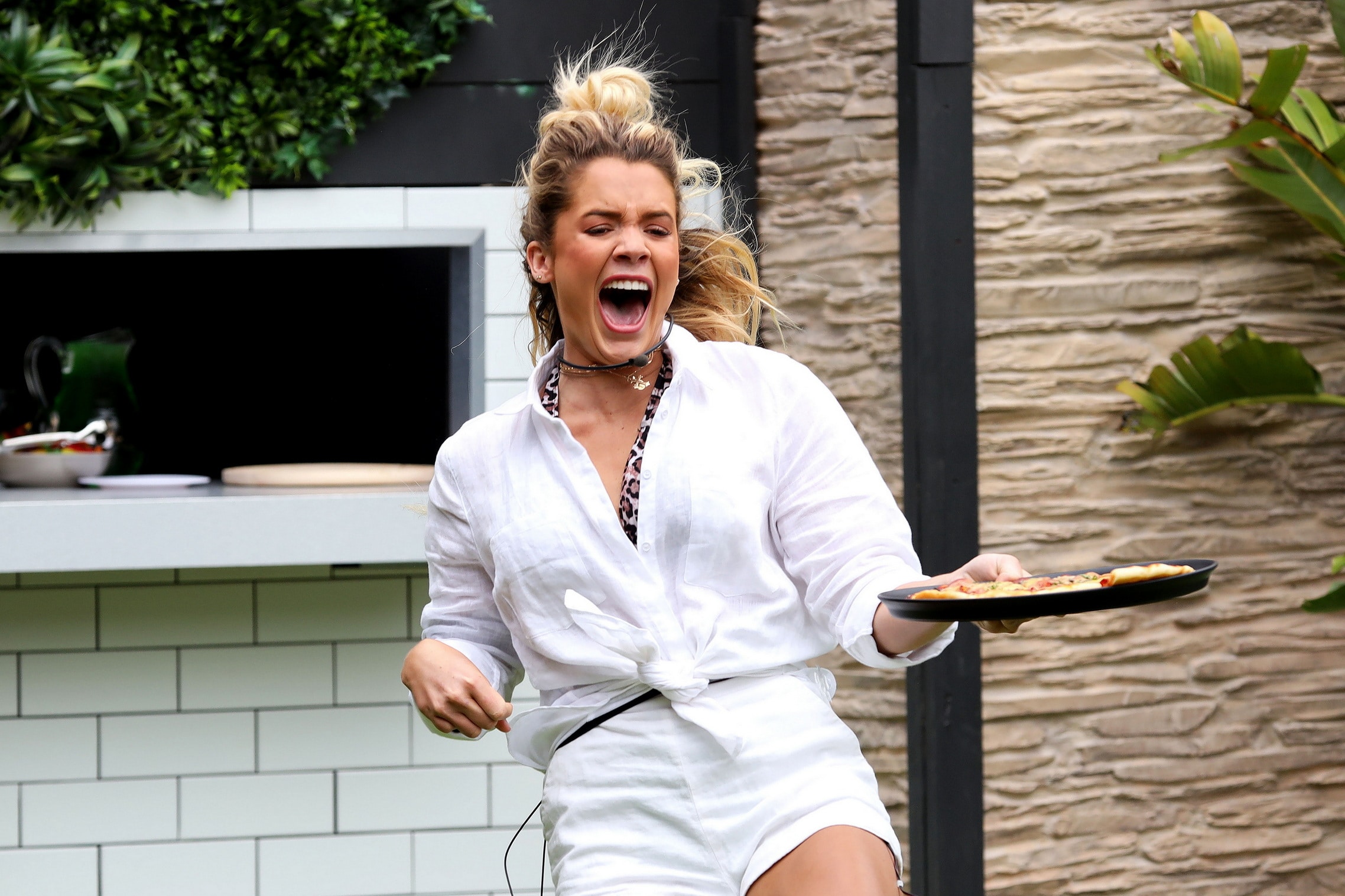 Tonight’s Big Brother saw the housemates faced an electrifying task, but it was Brenton and Christina’s romance that generated the biggest buzz.

Ari tried to put a target on Brenton’s back by spreading rumours that the chef was a peanut butter thief, but ultimately only drew attention to his own sneaky ways.

In the challenge, Mitch and Marley teamed up to create the perfect balance, winning the all-important nomination power.

Jess was gunning to bring down the power couple and Christina saw her game unravelling before her eyes.

But Sonia had a surprise announcement at the eviction ceremony. Instead of voting to evict, the housemates would be voting to make someone the walking dead of Big Brother’s house.

Across the week, this “halfway housemate” will have one foot out the door, losing all privileges and the ability to compete in challenges or vote. Two other housemates will join the walking dead and one will be evicted by the end of the week.

Christina received the most votes and made her way to the panic room, her quarters for the week, where she lies in wait for the next walking dead housemate.

Tune in for the next episode tomorrow at 7.30pm on 7 as Christina gets ready for battle and a powerful new force is rising inside the house. Who will join the walking dead next? Stick with Big Blagger for the latest.