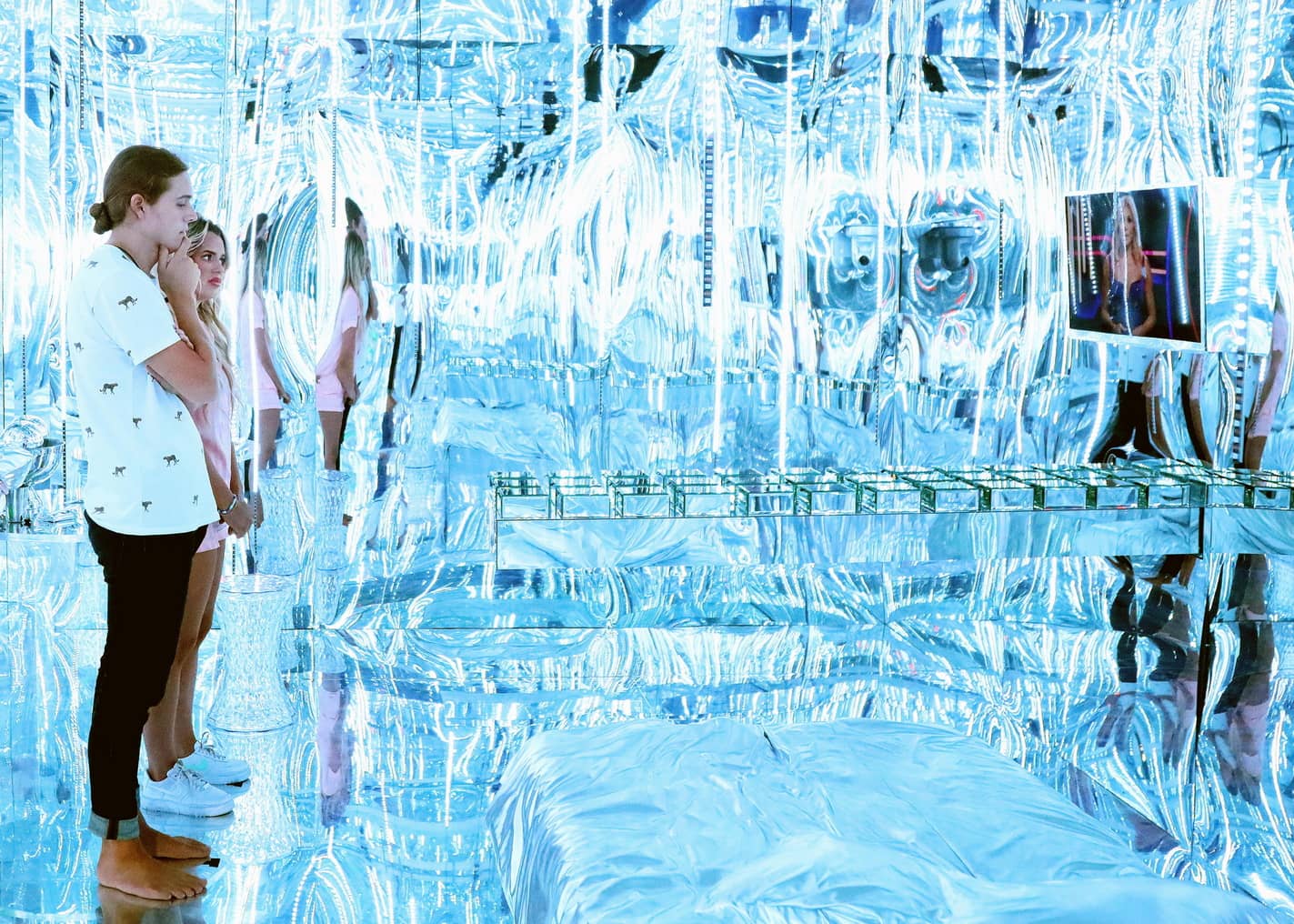 Tonight on Big Brother, Adriana was devastated after Danny flipped on her to blindside Ari.

What nobody knew, was that Ari was in the secret mirrored room with Tilly, trying to remain positive.

Big Brother surprised the housemates with a special announcement – the winner of today’s challenge would walk away with $10,000.

Marley pushed himself to the limits and scored the cash, vowing to give it all to his dad.

Then Big Brother revealed his greatest surprise of all – Tilly and Ari hadn’t left his house at all and one of them would be coming back tonight.

The person who would return came down to a game of chance. The housemates watched on as, one by one, Tilly and Ari selected mirrored boxes, hoping their box wouldn’t contain the red jewel that would send them home.

Luck wasn’t on Tilly’s side and the stone sent her home, while Ari re-entered the house with more fight than ever!

“I’m so frigging grateful for this experience, like, it’s the best thing I’ve done in my entire life,” said Tilly. “I literally found things in myself I didn’t know existed. I was nothing but myself. I’ll miss these people so much, it’s like a family. I love everyone. It doesn’t matter what they did to me. I really hope Marley or Danny win. I told Ari everything I know in the hope he’ll go back in there and look after Danny and Marley cause that’s what I would have done. We’ll have to wait and see.”

“God it feels good to be home, I was not ready to go,” said Ari. “I’ve got a new lease on life, I have learnt a lot. I’ve been sharpening my axe. I need to get rid of Sid and protect Marley and Danny.”

Monday 7.30pm, the end is in sight and it’s do or die for the final seven housemates Adriana, Ari, Christina, Danny, Marley, Sid and SJ. They’ll push themselves to breaking point through the toughest challenges yet in a bid to save themselves from eviction and move one step closer to the $250,000 prize.