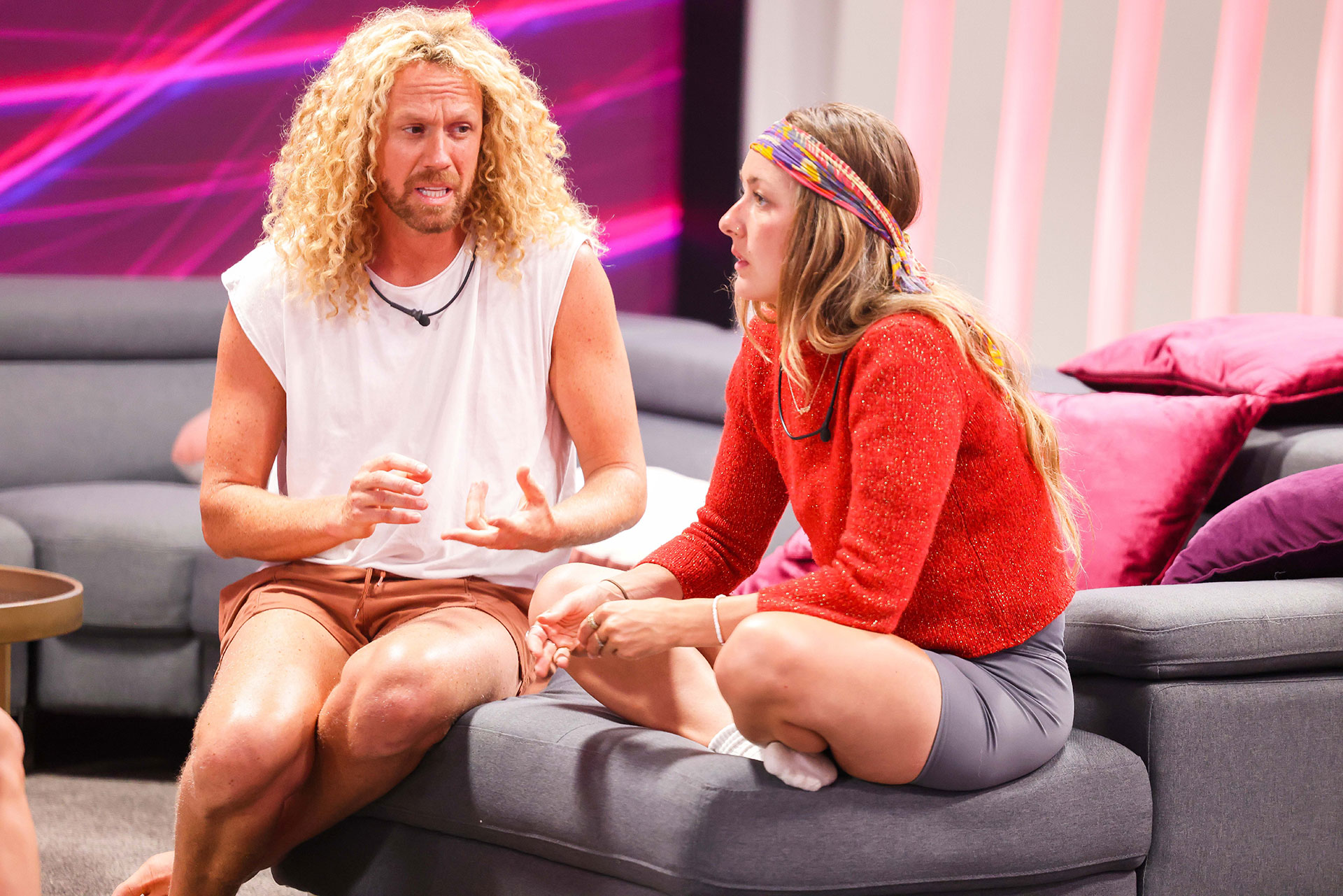 On tonight’s Big Brother, Drew is upset that Taras made him pull the trigger on Tully and thinks Taras is a wildcard and can’t be trusted anymore. Johnson is also mad at Taras for blindsiding him and Drew. In one vote, Taras has gone from playing under the radar, to being one of the biggest targets in the house

For the Shopping Task, each HM must take turns in drawing a selection of words, but it’s not that simple, they will be attached to shock pads, whilst trying to create their masterpieces – for every drawing the HMs guess right, they’ll get $10 towards the shopping budget.

Reggie is this week’s shopping task queen and kills it with multiple wins for the House.  The HMs win $340

HOH Jaycee and Aleisha oversee shopping, but instead of the usual iPad in the diary room they must write the shopping list on an oversized pad. With less than 4mins to finish., they forget coffee and fail to specify the quantities leaving almost $200 of the weekly budget unspent!

When the shopping arrives, the drama explodes more, as Big Brother has taken their list literally – they end up with individual serves of peanut butter, vegemite and honey and hundreds of onions.

Estelle is stressed that the newbies are taking over the house and has a new target, Johnson. Taras pulls out all the tactics to get Drew and Johnson back on side.

Estelle campaigns against Johnson.  She convinces Reggie and then hides her in the laundry, so she doesn’t get swayed by anyone else.  Estelle also believes she has Gabbie in on their plan to nominate Johnson. Drew sets his sights on Taras and Tim agrees with him.  Drew finds Reggie in the laundry and tries to speak to her, but Estelle shoos him away.

In Nominations – Drew has 3 nominations, followed by Taras, Brenton and Johnson who are tied with 2 nominations each.  As Challenge Winners, Gabbie and Tim, get to decide which two HM’s will join Drew. They put Brenton and Taras alongside Drew, saving Johnson.

Taras and Brenton talk about how it’s important to win tomorrow’s Second Chance Challenge – to take out Drew once and for all.  But it’s Reggie who is mad that Gabbie flipped on their agreement to nominate Johnson. Gabbie reveals she wanted to force a tie. Reggie has a new target, Gabbie!