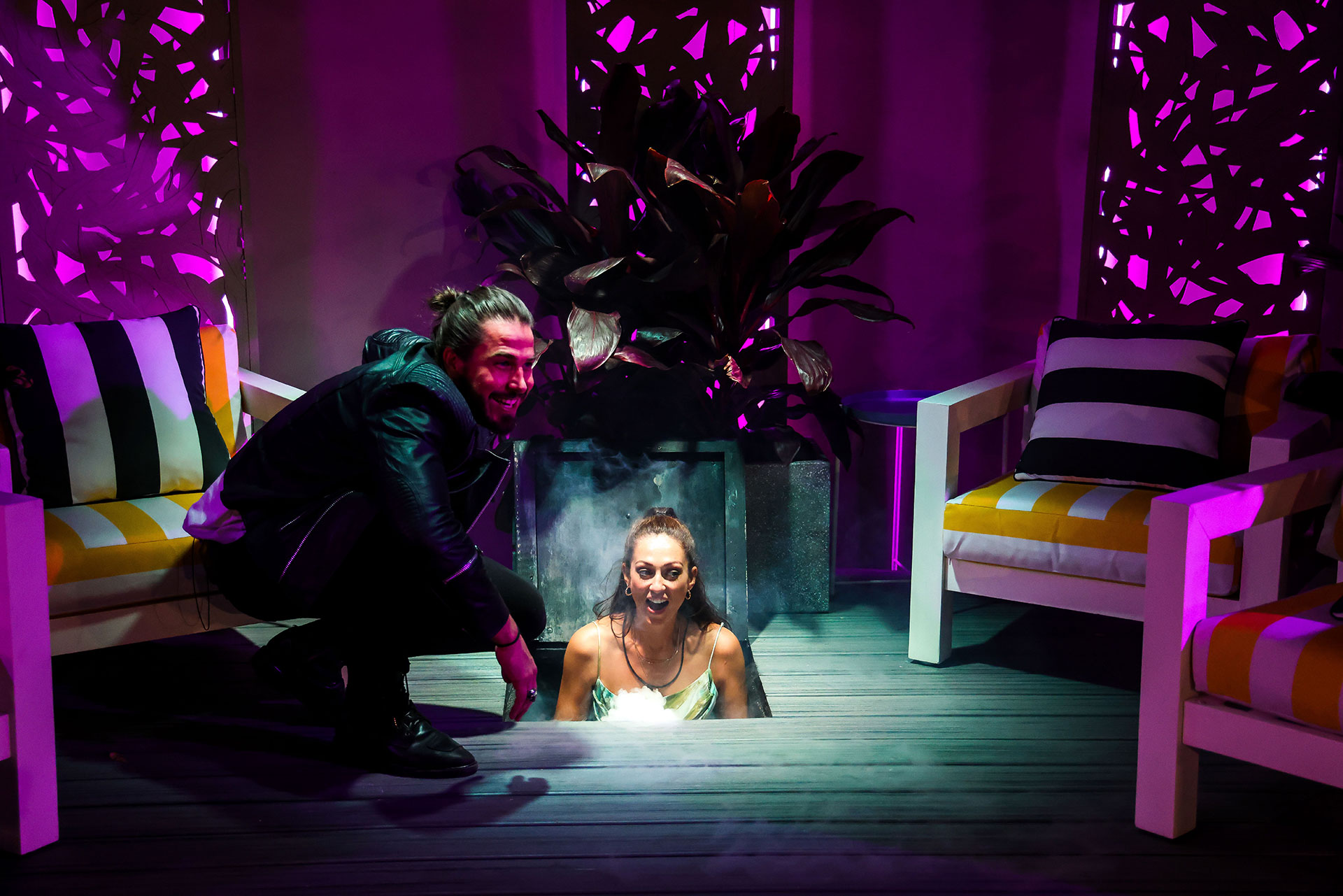 Tonight on Big Brother, the sewer housemates move into the house and in a Big Brother bombshell – house nominations are back!

With sewer housemates causing chaos aboveground with the pipes up in the main house and with the water now turned off, Big Brother sends Tim on a secret mission – he has to fix the plumbing issues in the sewer!

When he arrives, Tim is reunited with his bestie Drew and other Big Brother royalty.

Later, Big Brother lets the housemate know about a huge roast dinner they will be having. Sam confides in Tim that she had a crush on Drew.

Later in the morning, Sam continues her charm-offensive on Drew, while Lara and Mel make a pledge together to never vote for each other.

Just before the challenge, Big Brother drops yet another bombshell – House Nominations are back and the winner of today’s challenge will be the only one safe from house nominations!

The news rocks the house, as suddenly everyone has the power to nominate.

For the nominations challenge, housemates must stand barefoot in icy water and use a pole to stop an overhead bucket of water from tipping onto them. The last player left standing wins the challenge.

It’s neck to neck between Lara and Joel but after Lara promises to rally for Joel, she seals the win and is then safe from nomination.

Back in the house, eventually each housemate is called into the diary room and nominates one person they want to be up.

Latecomers, Layla and Drew are nominated, plus Mel and Joel are tied for votes.

As the winner of the nominations challenge, Lara must decide to save either Joel or  Mel.  Devastated at having to choose between two of her closest allies, Lara resorts to flipping a pillow – a controversial move which puts Mel in the firing line and Joel safe from eviction (even though she promised Mel she’d never vote for her).

Big Brother then drops his final bombshell of the episode – Layla, Drew and Mel will compete in a second chance challenge.

Tune in to Big Brother tomorrow night to see who win’s the second chance challenge, and who is evicted.