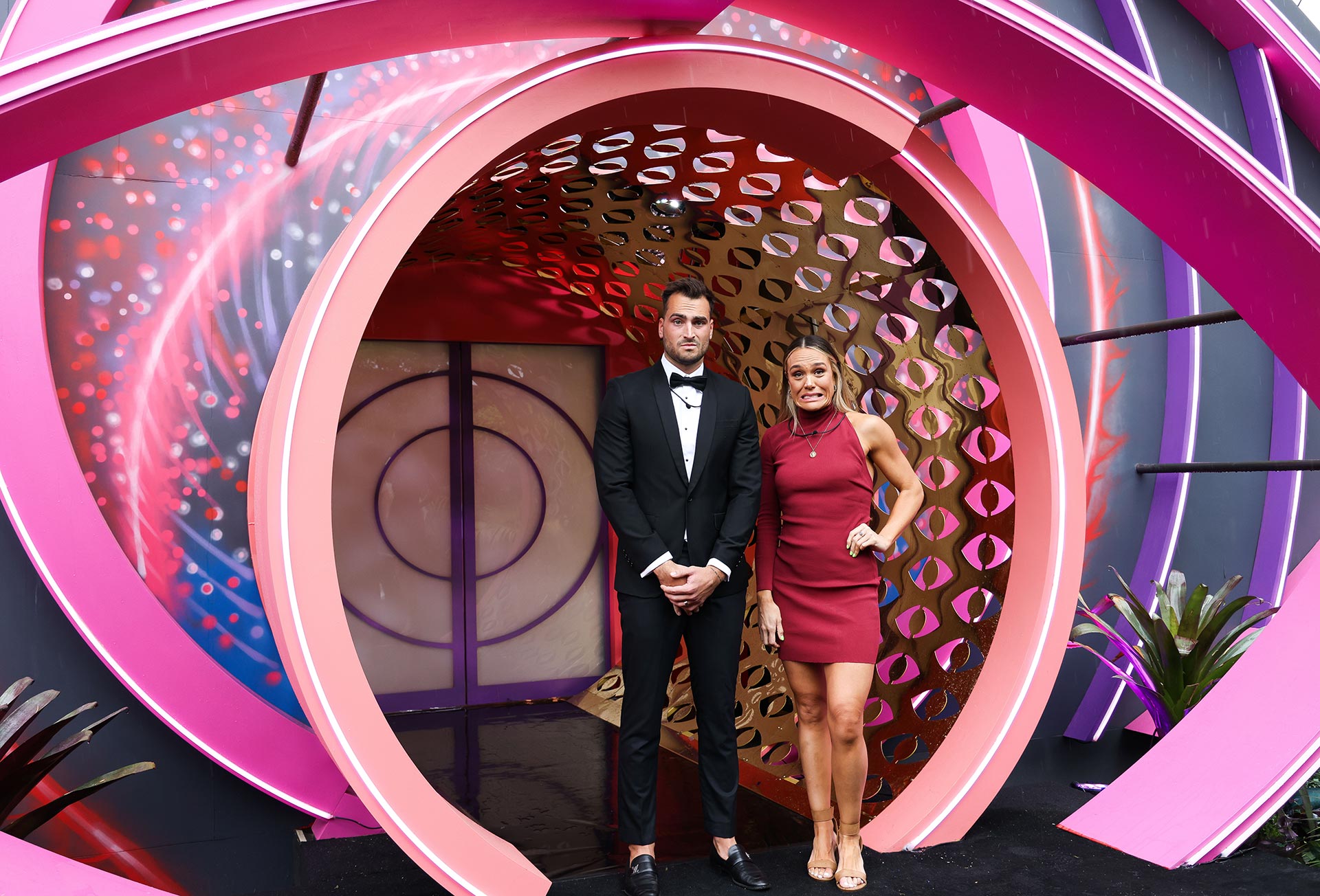 On tonight’s Big Brother, Sam’s eviction survival has sent off shockwaves through the house, with Tim is reeling and Drew and Sam planing on making big tactical moves this time around.

In the house task this week, the housemates must wear heart rate monitors and try to remain un phased – while Big Brother does his best to get their pulses racing. If they win, he will cook them all a three-course meal.

First up, Big Brother gives Drew a fake baby to look after, puts real pythons in the diary room, drives over Lulu’s precious hairdryer, scares Gabbie with a clown and Aleisha with a chicken in the bedroom – The housemates fail the task.

Later, Big Brother announces vote for a Head of House, but in a twist, they housemates must choose between the new intruders. Jules wins, and chooses to take three original housemates Tully, Dave and Estelle up to the HOH suite, sending stress waves towards newbies on her obvious partnership with the OGs.

At the Nominations Challenge, the housemates stand on a board connected to ropes on a pulley with two handles and rely on their strength to carry their weight. The last player left standing wins and is safe from eviction, they will also be the only one with the power to nominate.

As HOH, Jules has a game changing power twist; choosing one housemate to sit out the challenge. She chooses Drew to sit out and be disadvantaged.

Reggie is the last woman standing but falls on her back before she can take out the win. In the end its Tim and Dave who are left who discuss a plan for nominations, where Tim convinces Dave not to nominate Brenton before giving Dave the win.

Tim tells Brenton he saved him and to remember it. Dave nominates Aleisha, Trevor & Gabbie – one from each alliance (OG, Newbie and Floater). However,  he doesn’t want Trevor to go and is grappling with the decision to put up his best mate.

Leading into the Eviction, Dave realises he might have made a huge mistake, as the votes continue to sway.

In an emotionally charged eviction, everyone is torn on who to vote for, but good-guy Trev gets the most votes and is sent home.  Dave is shell-shocked that he was responsible for Trevor’s exit.