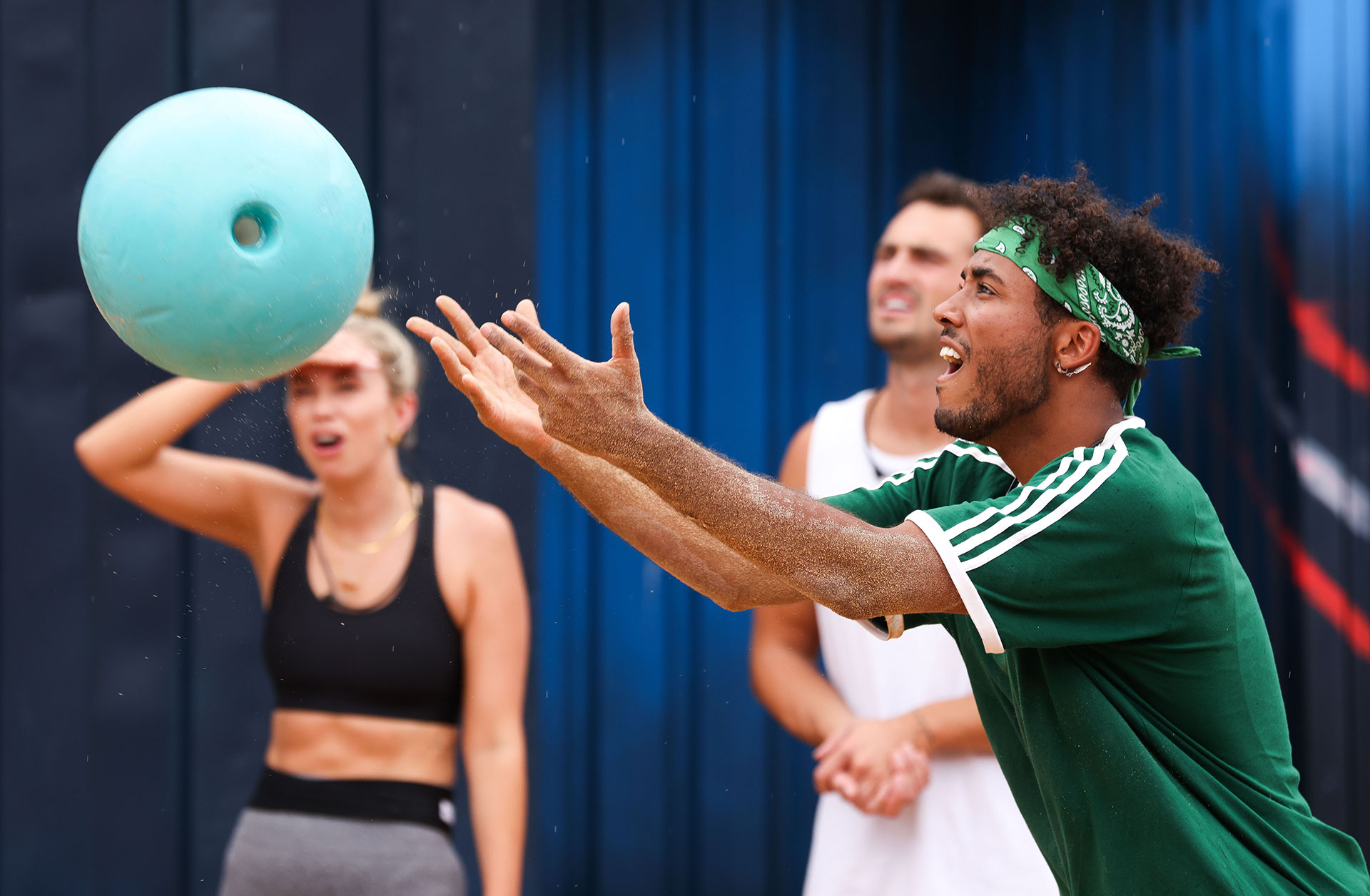 In the house task tonight, Big Brother asks the housemates some probing questions to win a BBQ dinner.

The two housemates in the hot seat, Reggie and Johnson, will be in the diary room and won’t know how the rest of the housemates respond – they must try to guess the majority answer.

If the two HMs’ answer matches the majority, they’ll get a point towards their BBQ, but if not, the HM’s outside will get hosed down with water.

With Top 10 around the corner, Taras starts going into deal-making mode, no longer playing under the radar.

At the dinner the HOH vote is announced, the votes will be a secret ballot, Jaycee is the new HOH. Taras sets a target on Tully for not voting for him as they discussed. They sort out their differences later.

For the nominations challenge, housemates are connected to a Ball and Chain, and must complete a complex obstacle course.

In the end, housemates must detach the ball and throw it up to a high pole, attempting to land it in a hoop for the win.

The challenge is made up of two heats and a final – the fastest two HMs in each heat progress to the final, and whoever lands their ball first in the final will win.

Estelle, Drew, Taras, Jaycee and Aleisha compete in the first heat – Drew and Taras go in final. Tim, Brenton, Reggie, Johnson, Tully, Gabbie compete in the 2nd heat –  Johnson and Brenton in final. Taras wins the challenge and has the power to nominate three HMs for eviction. He’s also the first HM to be in the Top 10!

Taras puts up three big players: Tully, Drew and Johnson. Johnson is furious and goes into panic scramble mode. Drew calls Tully’s nomination a ‘category 5 hurricane incoming’ as she cries to the Aleisha and Gabbie. Taras and Drew agree that this is a squeeze move on Tully.

Tully is angry at Taras for coming for her after he told her otherwise.. Tully puts the pressure on Drew to put his vote on Johnson and pleads with him that their friendship of nine years is more important than this game. With tears flowing from Tully, Drew  tells her he has her back.

At a tense and revealing eviction, Taras is called out by Tully for lying and tells him to ‘find some balls and be honest’.  It’s an explosive and direct eviction room.  Taras admits Tully’s the one he wants out, and that he lied to her earlier in the day. Tully’s evicted.