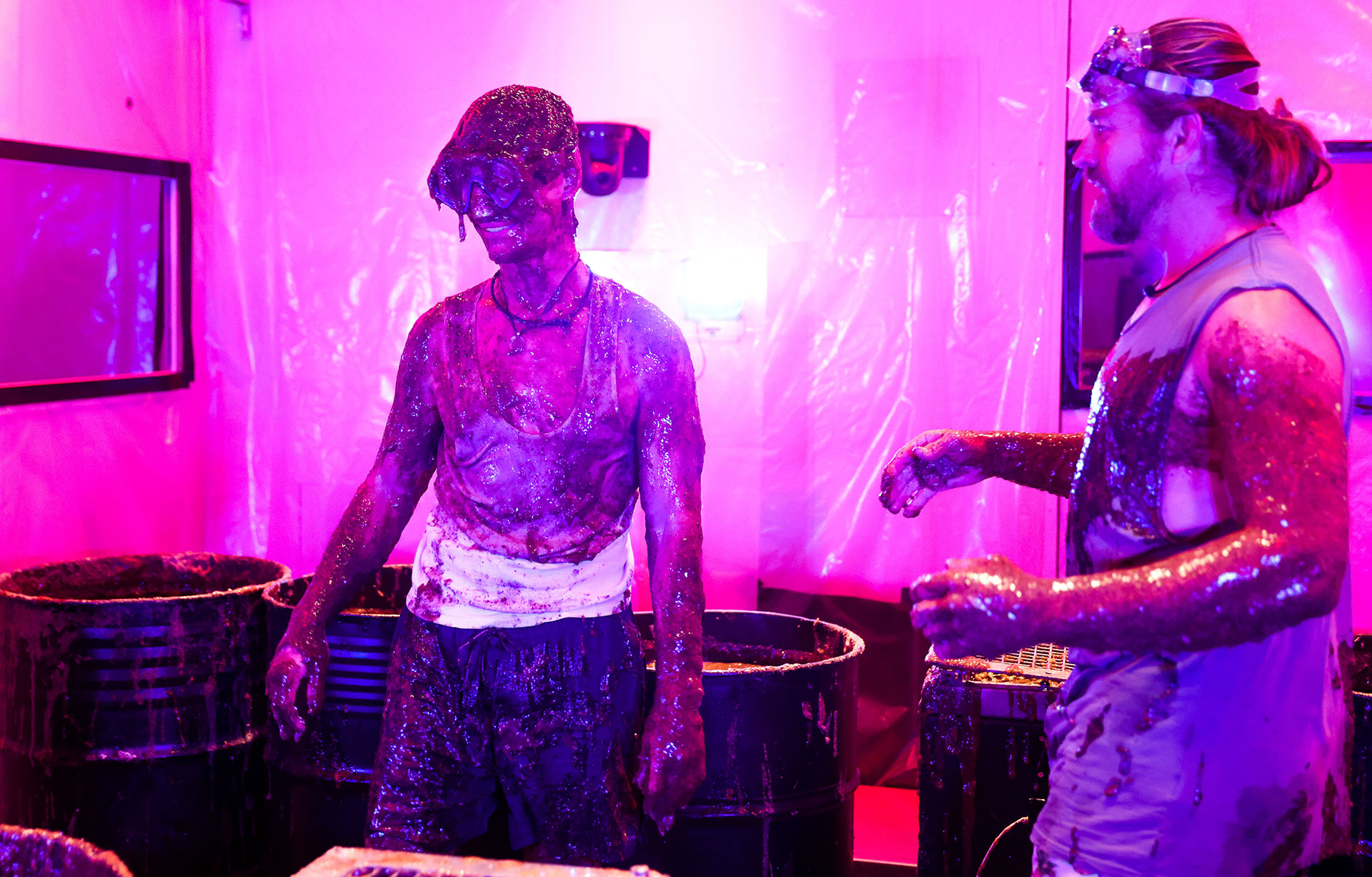 On tonight’s Big Brother, nominated housemates Lara, Lulu and Jaycee compete in the second chance challenge ‘Ring of Steel’ in order to save themselves from the threat of eviction.

The other girls rally around her, including Tully, who reveals the news to the rest of the house. The royalty can’t believe what’s happened, admitting Joel has essentially blown up his own game.

First Panic Task – as HOH, Tully gets to pick and chooses Dave and Taras, who will go head-to-head. The loser will face a punishment, and half the house will join them.

Inside the Panic Room, Dave and Taras must find Allen keys from the 10 drums overflowing with mud and open a cage, to release a hammer and ring a bell.

Dave takes the win, meaning Taras will be punished and Dave gets to pick the seven other HM’s who will join Taras. He picks Trevor, Tim, Joel, Johnson, Drew, Sam and Jaycee to join Taras in getting punished.  They are tethered together on a hoop and must spend the night like that.

After surviving the afternoon on the hoop, as night sets in the punished HMs are being pushed to the absolute limit.  For Jaycee, the situation is even more dire, as the Second Chance Challenge is looming, and he needs all the rest he can get.

After a hectic night of not much sleep for the punished Housemates, the next day, Big Brother finally releases the Housemates from their hoop, and they’re set free

Joel is second guessing his decision and admits he may have made a mistake.  He misses Aleisha’s company and thinks their time was cut short and wants to start again, which makes Aleisha happy.

2nd chance challenge – Lara and Lulu team up against Jaycee, but in a massive comeback, Jaycee manages to take out the win.

During the scramble, royalty want Lara out while newbies want Lulu out. However, in the biggest bombshell, Dave decided to go rogue from the royalty to save Lara and not Lulu. Ultimately, Lara is eliminated.