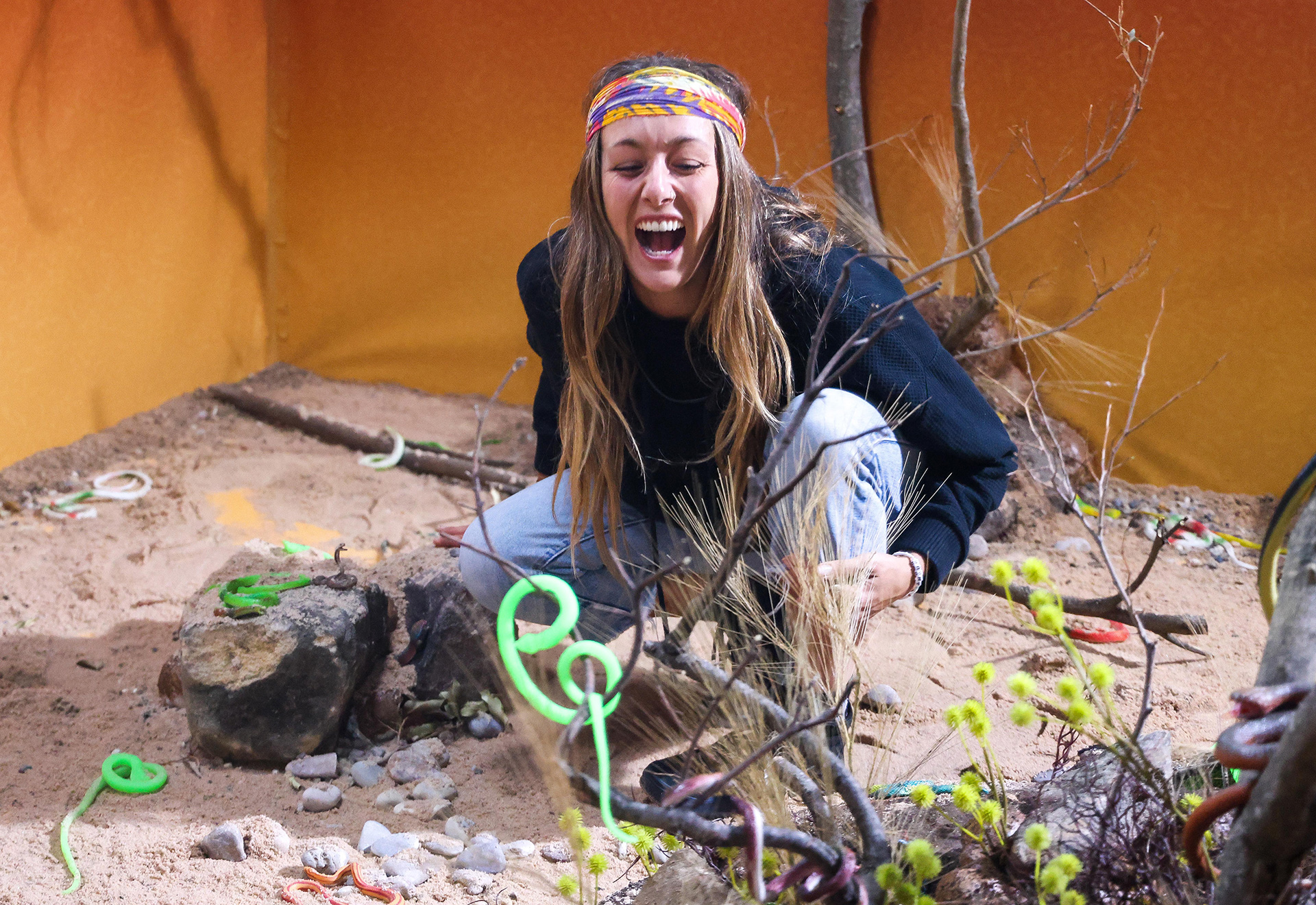 Tonight on Big Brother. the usually cool, calm and collected Drew is over the edge as he talks to newbies about Taras’ underhanded game. He gives Taras a piece of his mind for lying and dishonest gameplay.

Johnson is unburdened by the nominations stress and as a keen superfan, he is living his best life spending time with his heroes of the game, Reggie and Tim.

Panic Room Task: HoH Jaycee sends Estelle and Brenton to the Panic Room. They enter to find themselves in a desert filled with sand, branches, and (fake) snakes!

To avoid punishment, they must count every single snake in the room. But as they go about their task, real snakes suddenly begin appearing in the room, freaking Estelle out, making the task unbearably terrifying. They win the first Panic Task for the house. The HMs are rewarded with a chic picnic lunch in the backyard.

The happier times turn chaotic when BB asks them some very direct questions. It’s revealed that Estelle told Reggie to nominate Johnson, and then hid her in the laundry. Everyone seems to turn on Estelle. Tim tells her that controlling and manipulation of Reggie could be her undoing.

Brenton, Drew and Taras compete in the 2nd chance challenge.  They must race to build a giant ‘House of Cards’ using large rectangular foam pieces.  The first HM to build the tower and jump off it, to collect two flags from above, wins.

This scramble is more important than ever for both Drew and Taras. But in an interesting turn of events and game play, it’s Aleisha who pushes to send Drew home, somewhat flipping on their friendship, while Taras turns on the tears begging his HMs in the scramble to keep him safe.

After Drew’s sixth nomination and third in a row, he gives one of the greatest ever pitches in the eviction room, offering himself up as a safe/squeeze vote for the House, impressing all of them and changing HM’s votes at the last minute.  After all the HM’s vote, it comes down to a tie and as HOH, Jaycee has the deciding vote, sending Drew home, this time for real.