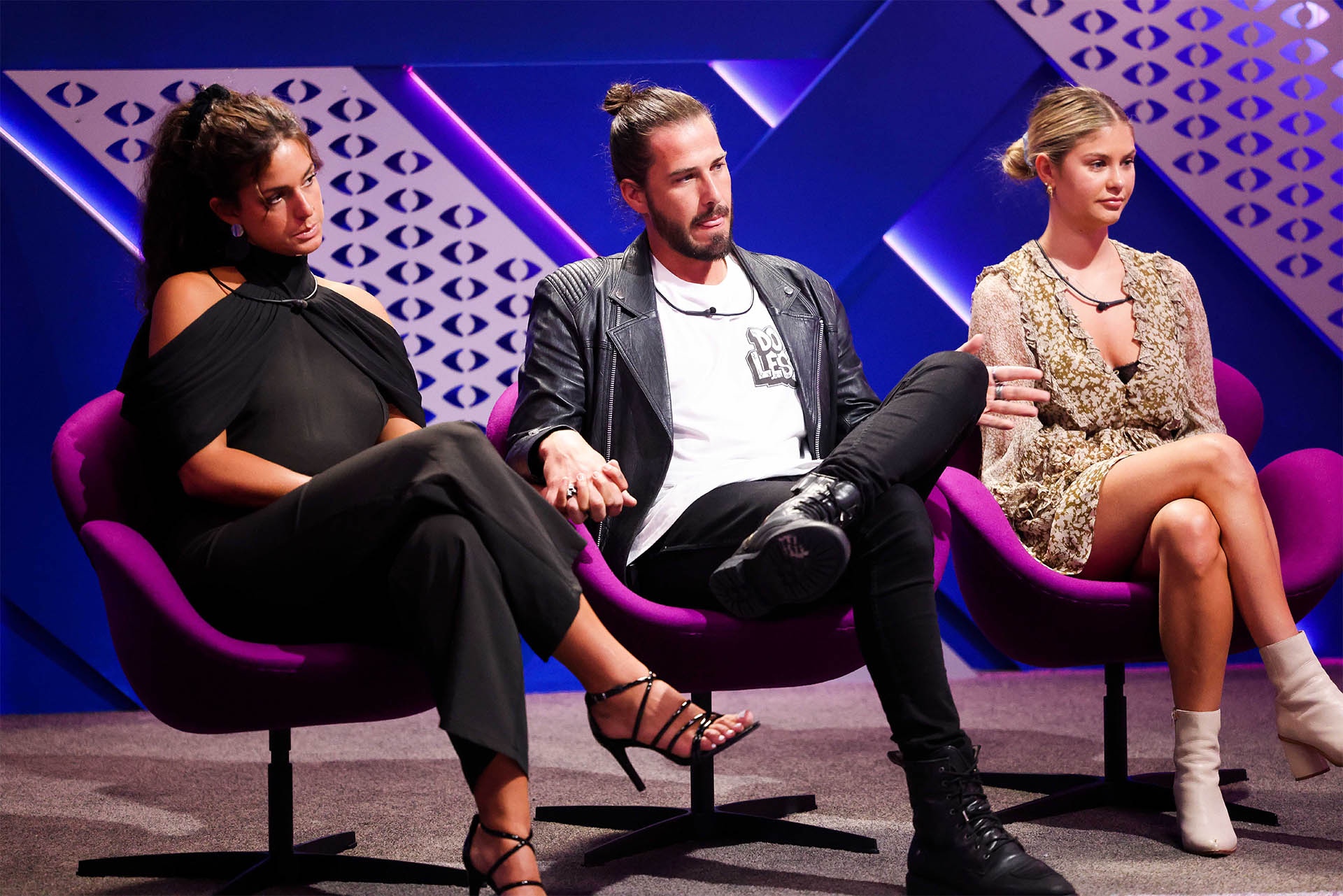 Tonight on Big Brother, the house is hacked and all the food is missing, the water’s off, lights turning on and off, and the hackers aren’t negotiating – and more importantly, Big Brother is gone.

The housemates get shown glimpses of videos from their homes on the outside, but the hackers take over and delete the videos upsetting the group.

Following the call out from the hackers, Tim goes into the diary room where he’s handed a secret mission and he chooses Aleisha to help him. They successfully complete the mission get to enjoy a KFC lunch in the diary room. They are also shown the actual footage of Drew and Joel’s secret deal exposing the truth.

Reggie’s in disbelief that Sam was saved over Lulu and is getting frustrated with Sam and Drew’s PDA.

The hackers provide a feast for dinner in return of some information from the As the awkward Q&A plays out, tension rises amongst the group. Drew is asked about the Joel rumour, he denies it was ever about their gfs.

Estelle is named the new HOH

Later at night, Tim tells Dave, Estelle and Jules about seeing the Joel video turning the OG’s against Drew.

At Noms challenge, the HMs must stand on a wobbly platform and attempt to balance a ball inside a track.

Jules takes out her first win and is safe from eviction and the only one with the power to nominate.

She nominates Sam, Drew and Aleisha.

The OG alliance are gunning for Drew, Tim on the other hand wants to save him and evict Sam. He rallies hard and even makes amends with Drew, setting up a future secret alliance. At the eviction ceremony, the decision is between Drew and Sam with Aleisha having the deciding vote. Sam’s evicted from the house.

Tomorrow on Big Brother: the hackers push the housemates to their limits. An explosive blow-up has the original housemates on the verge of collapse.