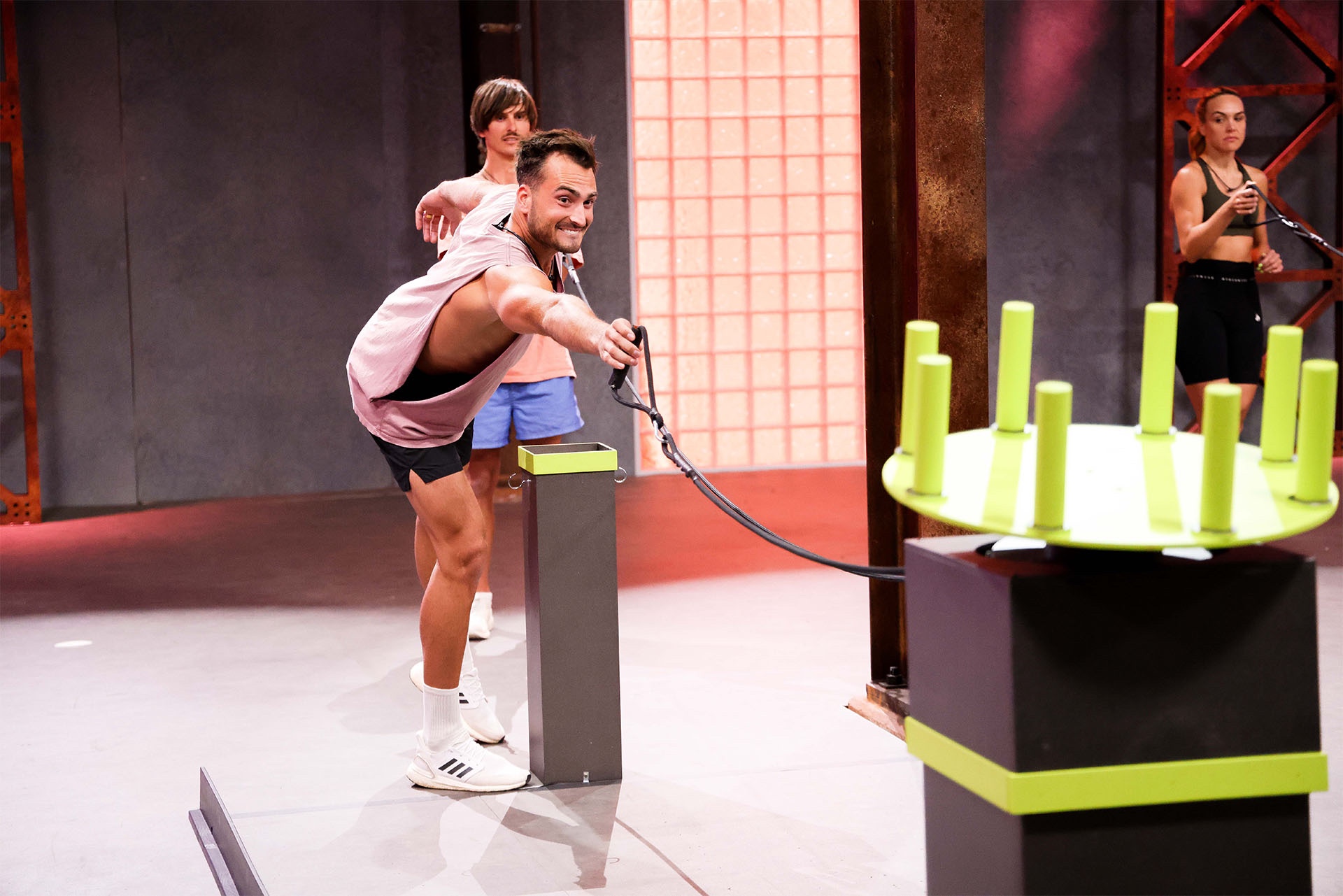 Tonight, Estelle is getting to the bottom of why Tim flipped and is willing to keep Drew.

Meanwhile, Tim is thrilled to have his best mate Drew back and the Tim and Drew show is firing on all cylinders.

The hackers hack into the shopping budget. This week’s shopping task is for the HMs to become Big Brother security guards and swipe their custom-made swipe cards to protect the cash. They must deactivate the security systems in the house when the alarm sounds. The slower the HMs are to deactivate the alarms, the more money the Hackers take. In the end, the Hackers steal over $900 leaving the HM’s with a miserable $92.60 for the weekly shopping budget.

Drew steals some HOH chocolates and is immediately called to the Diary Room, along with Estelle. BB confiscates the treats from Estelle as punishment for leaving them out, while Drew is banished from the house, and must stay in the garden until further notice.

Estelle and Tim go head-to-head as they both blow up about the lolly situation. Reggie and Dave are stressed that the OG alliance is falling apart, and they call a group chat. After some awkward words, finally the group are back together and hug it out.

The Noms Challenge is in pairs. Each pair is assigned eight cylinders and a tipsy table that they must keep steady using a set of ropes. HM’s must walk to the table and place a cylinder on the table, keeping tension in their ropes to remain steady. If any cylinders drop, they must start again.

BB reveals that four people will be up for nomination tonight. This news shakes up the whole House.

Tully goes into an emotional spin and Aleisha is ready to put her vote on Tully as her emotional reactions are too much for her to bear.

Johnson agrees with Aleisha. Reggie secretly listens into their chat and hears Gabbie siding with Johnson and Aleisha. Reggie now doesn’t trust Gabbie as she seems to be working both sides of the alliances.

Reggie works on making a move to get votes on Gabbie by talking to Jules and Dave. In the end Tully, Jaycee, Gabby and Drew are all up for nomination.

As a HOH power twist, Estelle is given the game changing power to save one Housemate, but in order to save one HM, she has to replace them with another Housemate of her choosing.

She saves Tully and puts up Aleisha – who didn’t receive a single nomination.