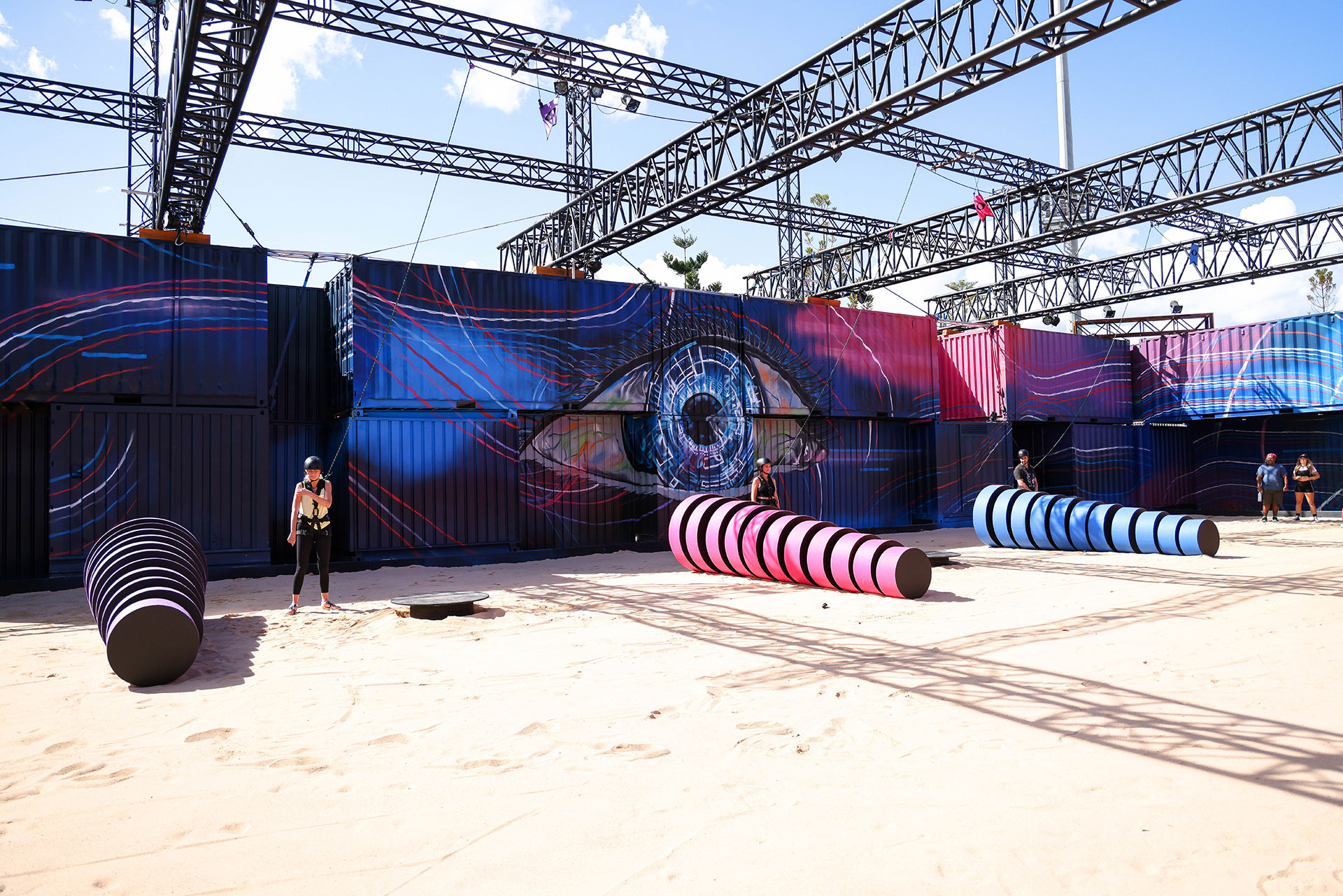 Tonight on Big Brother, nominated housemates Drew, Layla and Mel compete in the first second chance challenge of the season to win safety from eviction, and another housemate is evicted.

Sam is smitten and she starts her charm-offensive on Drew – Dave is convinced they would make the perfect couple. Drew admits to Big Brother that he has a crush on Sam!  Later that night, romance bubbles away in the spa between Joel & Aleisha and Drew & Sam continue to get closer, snuggling together in bed.

House Task – The Venting Machine – where HM’s can vent their frustration in return for rewards.  The more they vent, the more they receive! Dave is the first housemate to vent and screams at the top of his lungs.  In return he is showered with coffee, beans that come out individually.

In the Second Chance Challenge, Drew, Layla and Mel compete for safety. The J-Crew, along with the newbies, set their sights on taking out Drew.  Tim on the other hand wants to save Drew.

Layla wins, leaving Mel and Drew on the chopping block.

Drew pleads his personal case to both, whilst Mel is still struggling to understand why she was nominated.

In the Eviction Room, Reggie does an emotional plea reminding people Drew is one of the most genuine people she knows, Tim fights hard to express to the housemates that Drew is a genuine person and excellent player.  The votes are in, Drew is saved, and Mel is evicted, much to the newbies’ dismay.

After the eviction, Drew is incredibly relieved, not least of all because he gets to spend more time with Sam, and they share their first kiss that evening.