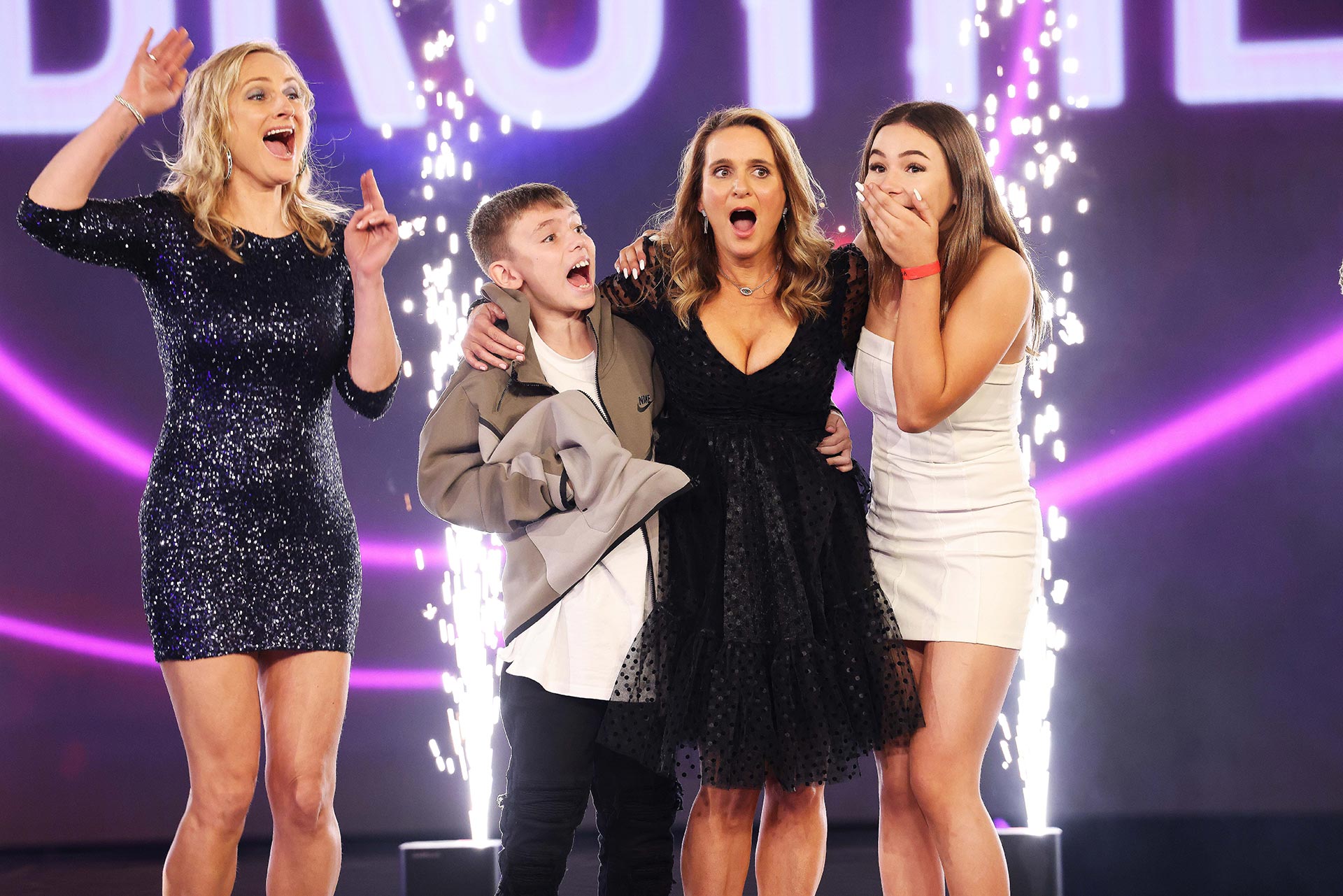 Australia’s most celebrated housemate and 2003 winner, Reggie Bird, is the winner of Big Brother 2022 after defeating Taras Hrubyj-Piper and Johnson Ashak in a public vote during the nail-biting live Grand Final.

The 48-year-old mother of two from Queensland walks away with $250,000 and the glorious title of greatest housemate of all time, becoming the first ever housemate to win Big Brother twice anywhere in the world.

Celebrating the win, an emotional Reggie said: “I can’t believe this. Thank you to everyone who voted for me.”

Reggie was joined onstage by her kids Mia and Lucas, and sister Anita at tonight’s Grand Final in Sydney, hosted by Sonia Kruger.

When asked what she’ll do with the prize money, Reggie said: “I’m gonna use that money to put a roof over our heads.”

Runners-up Taras and Johnson were also joined by their loved ones at the live event, which saw this year’s 21 housemates – including Big Brother royalty Dave, Drew, Estelle, Layla, Tim, Trevor and Tully – reunited on stage for the first time since leaving the house.

Taras, Reggie and Johnson survived 62 days in the Big Brother house, evicting 18 housemates before them to become the final three.

Throughout the season Reggie won one group challenge, was nominated twice for eviction and received a second chance in Big Brother’s Secret Arcade.